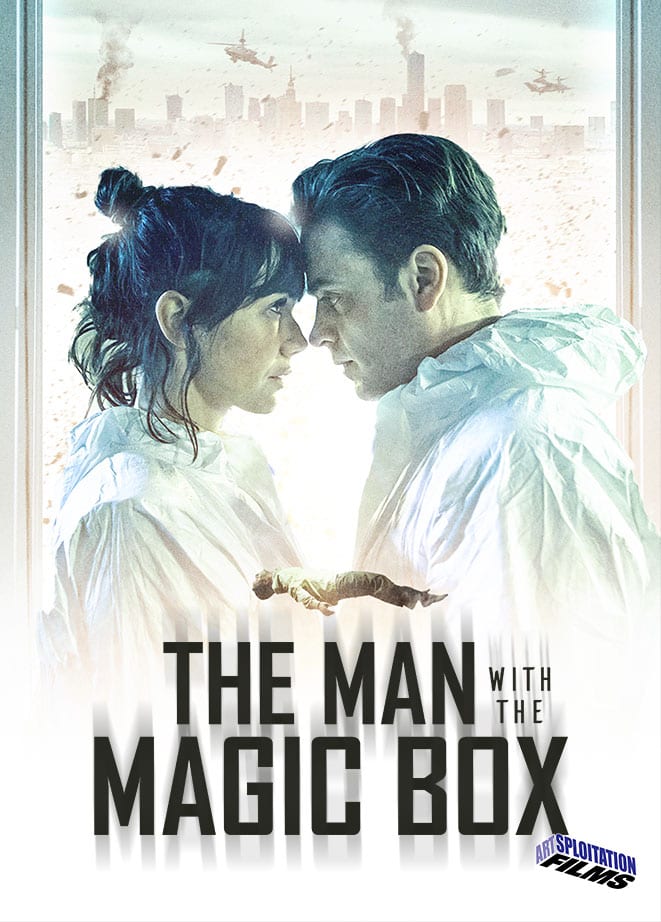 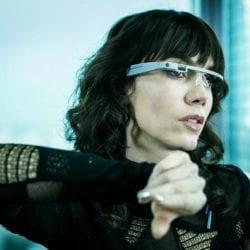 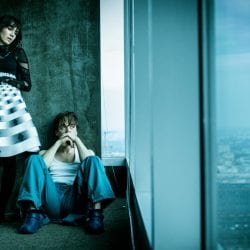 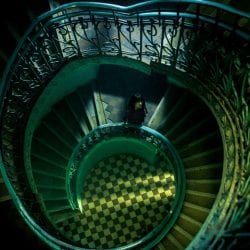 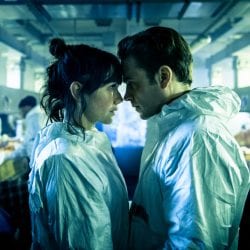 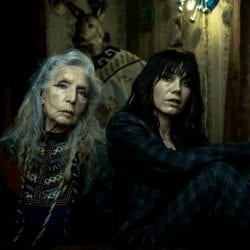 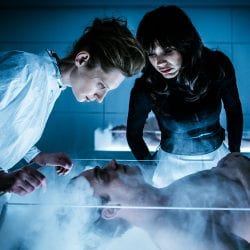 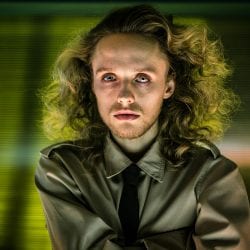 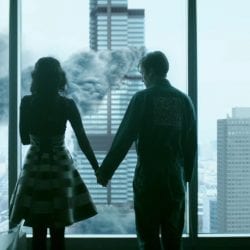 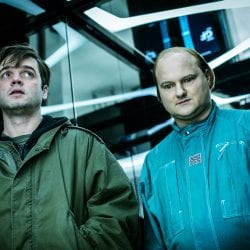 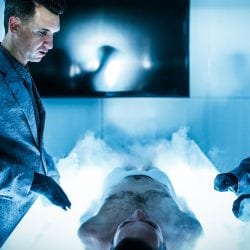 Share on Facebook
Share on Twitter
An atmospheric Orwellian sci-fi drama set in both in the near future and the old Communist Poland, this dark and claustrophobic film is a fitting homage to the works of Andrei Tarkovsky - with a little Terry Gilliam lunacy thrown in for good measure! A man wakes up without any memory of his previous life and finds an old radio from the 1950s that triggers mysterious visions of another past life. As he tries to piece together his past identity, with the help of his beautiful but aloft boss, he runs afoul of a government willing to do anything to stop him. Mesmerizing and twisted love story, "The Man with the Magic Box" is a revelatory gem.
Reviews

“Polish sci-fi thriller The Man With Magic Box reverberates with myriad influences from Terry Gilliam and Steven Spielberg to Andrei Tarkovsky – it even manages to get an overt reference to 1997’s Men In Black during the opening moments. Set in a dystopian future, the film’s time travel plot will be of comforting familiarity to the genre crowd it is clearly aimed at.” – Screen Daily

“…This didactic Polish import finds its power almost entirely on its themes…To its credit, Man with the Magic Box is engagingly detailed. Its dialog is careful and meaningful, requiring time for digestion. Eccentric and wordy, but equally visually enrapturing, Man with the Magic Box becomes an oddity where the depiction of a future Poland under the current elected regime is satisfyingly fertile, yet the plot winds around a potentially fatalist perspective without a solution. The offbeat, even outlandish touches give writer/director Bodo Kox a definitive identity and style, even from what appears like a micro budget.” – DoBlu

“Do It Yourself is a clever game of cat and mouse except this time the mouse has a trick up his sleeve. Quentin Tarantino would be proud. Do It Yourself is in a league of its own. There’s so much to love here that I had trouble picking my favorite scenes. One of my favorite aspects is how the main character breaks the fourth wall and speaks directly to the viewer. It adds something special to the already fast-paced plot. There are tricks I’ve never seen in film before and although they’re small they definitely add personality to the film. I love the camera work, the technique, and the attention to detail. If you like action packed films that have a life of their own, I think you’ll love this one. It’s entertaining and keeps you at the edge of your seat. I give Do It Yourself a solid A. It’s a movie I’d watch again. I don’t say that lightly.” — Leslie Melville, CryptTeaze
“A clever and stylish science fiction film from Poland involving an amnesiac, a clandestine office romance, a vintage radio and time travel. Director Bodo Kox brings together the disparate elements and pay affectionate homage to his influences (Ridley Scott and Terry Gilliam).” – TheLosAngelesBeat
“The plot is sometimes obtuse to the point of bafflement with some parts that never seem to get explained. There are hints that lead to a general outline of the time travel part, but other elements such as the secret threat monitoring Adam are never really explained. It makes for some paranoia (which is where some of the 1984 themes play in), but there is a Brazil like humour to these parts as well with the people after him being slightly incompetent in their actions. The time travel itself is quite abstract with there not really being a solid explanation given. I didn’t actually mind that this wasn’t explicitly explained, sometimes the air of mystery around parts of The Man with the Magic Box helped it. This has some great set design, some great costume design, and a score that fits the tone perfectly…  For me it was the world building that I really liked, this bleak and darkly humorous dystopian future Warsaw felt well realised and well thought out.” – TheRottingZombie

“Content wise, though this film has all the elements that have become synonymous with dystopian Sci-Fi cinema. The result is a refreshing take on familiar elements. And nowhere is this clearer, than the way which this film’s use of time travel. From a production standpoint, there is not an area where this film does not excel. The premise is superbly realized, the narrative is well-executed and key moments are given an ample amount of time to resonate. Another area where this film far exceeds expectations is how its production reinforces the future society depicted in this film. Performance wise the cast are very good in their respective roles, especially this film’s two leads, Piotr Polak in the role of this film’s protagonist a man named Adam, who has lost his memory and Olga Boladz in the role of Goria, the woman he falls in love with. Another performance of note is Sebastian Stankiewicz in the role of Adam’s closet friend, a janitor who lives inside of a closet at the building where he works with Adam.

Not too be overlooked is George Orwell’s 1984 influence throughout this film. Whether is a be a government watching your every move or how it is forbidden to collect forbidden relics from the past. And the way which this film draws a parallel between the oppressive future society and that same society’s communist past. Can also be seen as an allegory about the dangers of communism.” – 10kBullets

The Man with the Magic Box follows a humble janitor in Warsaw who finds a time-traveling contraption in his own apartment. When he picks it up, he gets stuck in the past while his girlfriend searches for him.Olga Bołądź nearly shows her magic box in a sex scene that has her on top! Bołądź‘s bouncing breasts are all the magic we need.  – MrSkin

“This Orwellian sci-fi thriller is a beguiling sci-fi love story that is at turns bleak, absurd, unsettling, and oddly affecting…I liked The Man With The Magic Box. This movie is more of a character driven sci-fi thriller that comes with an interesting plot about time travel but at the heart of it is this romance between these two people who always find each other through time. The movie gets its influences from Blade Runner, Men in Black and even 1984. Bobo Kox did a really good job bringing his story to life on screen and capturing the fine performances by Piotr Polak and Olga Boladz.” – AlienBee

Born in 1977. A director, scriptwriter, performer. He has completed Journalism at the University of Wroclaw and the “Studio Prob” at the Wajda’s School. He studied Directing at the Leon Schiller PWSFTViT in Lodz. Member of Polish Film Academy and European Film Academy. He is numbered among the most important and expressive authors of the Polish independent cinema, where he gained the nickname of “off icon” and brought numerous awards. “The Girl from the Wardrobe”, his professional cinema debut, a transition from “off” to “mainstream”, gained critics enthusiasm appreciation and many festival awards. 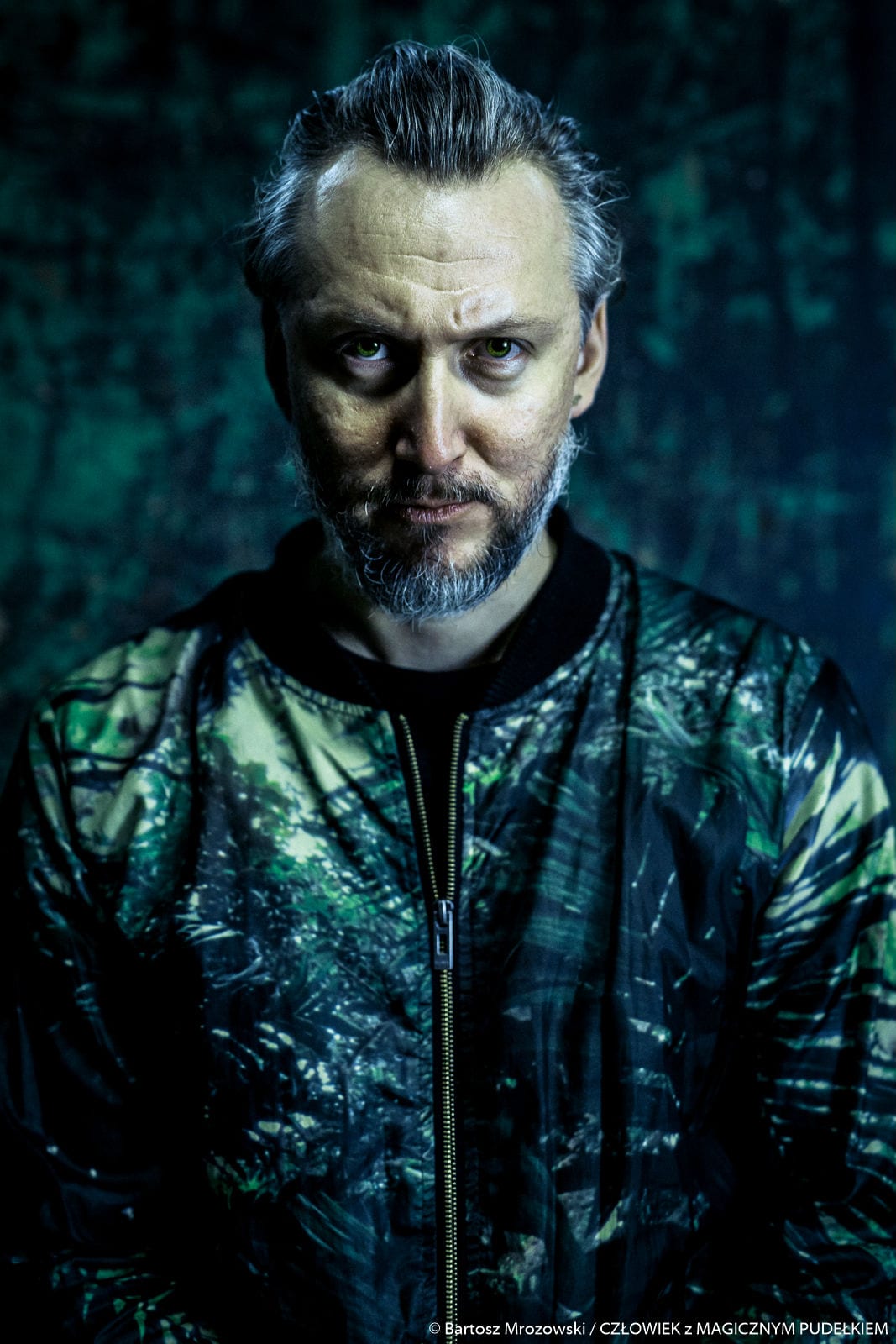