“Snowflake takes all the Grimm Fairy Tales familiar elements and turns them on their head.

Without a doubt, this film’s strongest asset is its inventive premise. Characters destinies are constantly being altered by an author who is composing a screenplay as the story unfolds. And this gives the film an anything can happen vibe that greatly works to its advantage. From a production standpoint, there is not an area where this film does not deliver and then some. The well-constructed narrative moves along at a brisk moment and there is rarely a moment to your breath. The characters are well-defined and their motivations are never in doubt. Performance wise the cast are all very good in their respective roles. Ultimately, Snowflake is a modern-day return to Fairy Tales with a more sinister tone.” – 10kbullets 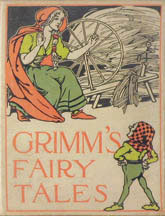