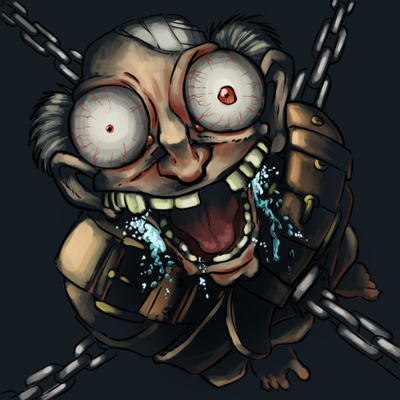 Well, we may be a bit hyperbolic with that headline, but the man both really loved and was really disturbed by TRAUMA.

“This film is not for the weak hearted, the easily triggered, or the mild-mannered horror fan. It’s terrifying. It’s harrowing. It’s downright difficult to watch. But TRAUMA is also a finely made horror film and will definitely be a film hardcore horror fans will want to search for. TRAUMA is most likely going to be the most extreme film your bound to see in recent memory. There is rape, torture, incest, dismemberment, cannibalism, and all kinds of monstrous acts of violence and I warn you again, this is a film that is going to offend and disgust you. Right from the get-go, the opening scene unleashes the horror, preparing you for the intensity to come. And come it does. While I often find myself disgusted by the horror that goes on in this type of extreme film, there is something about the terror in TRAUMA that felt natural and even essential to the story. And that’s why this is definitely a film I would recommend to those with a strong constitution. TRAUMA is fantastically acted, often beautifully filmed as the camera shifts from the Chilean city and into the dream-like countryside. It also pulls back no punches when it comes to showing the types of the horror people can inflict on one another. The gore is thick and juicy here—all practical and in your face. I’m talking MARTYRS level of horror here. But as with that film, instead of it simply done to show different ways a body can be destroyed, the point of TRAUMA and all of the trauma it contains is that this gory violence is infectious to the soul and brings one out the other end of it just as damaged. TRAUMA is an all-powerful piece of horror, but only if you can stomach extreme acts of the worst of human depravity. I’m serious, folks. Be warned. This is a rough, but rock solid film.” – MLMillerWrites