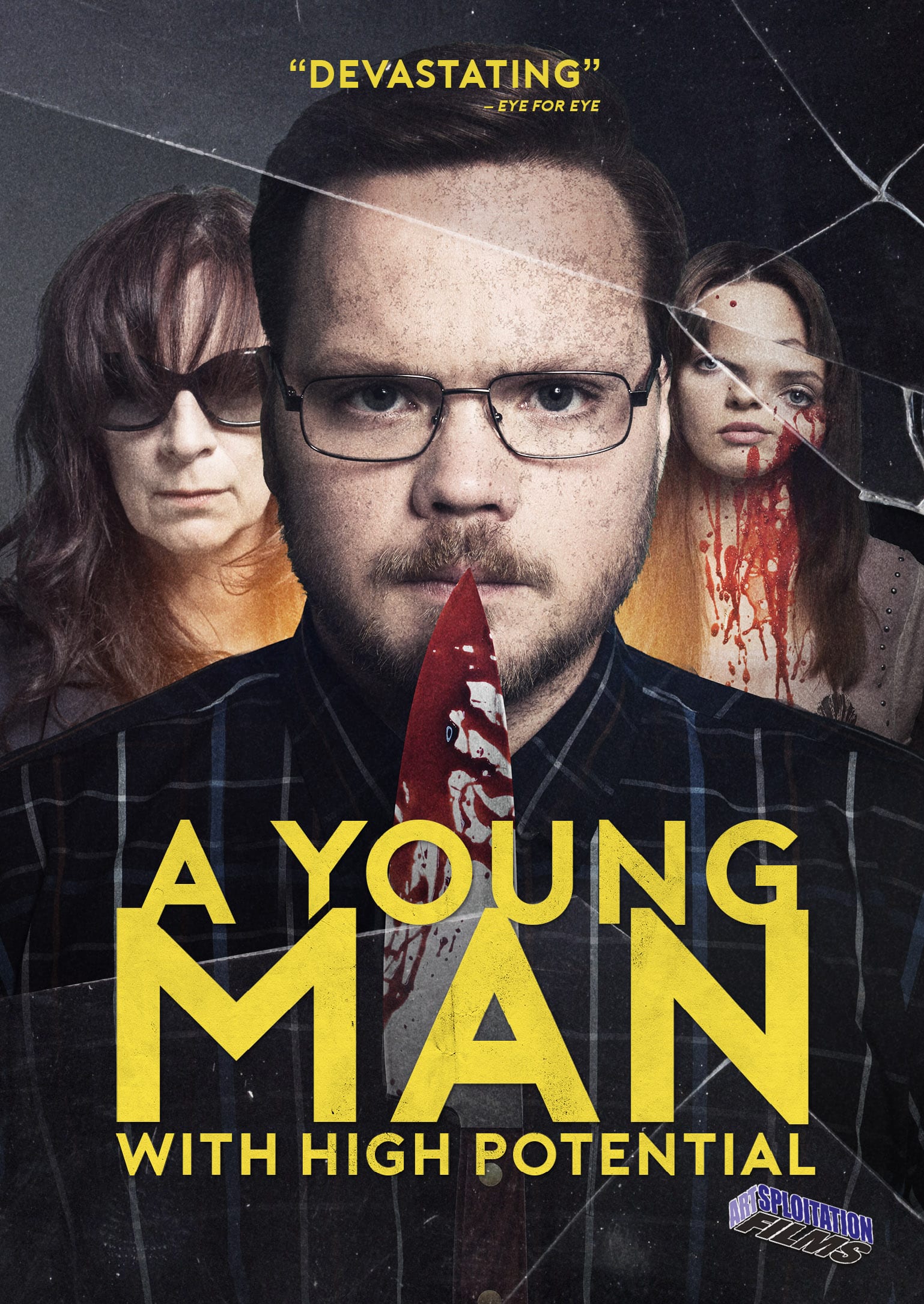 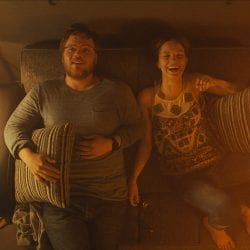 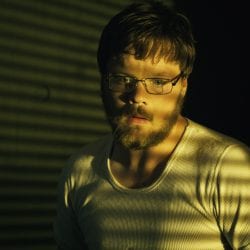 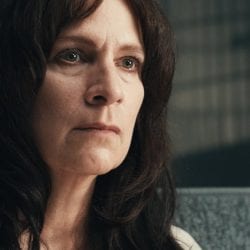 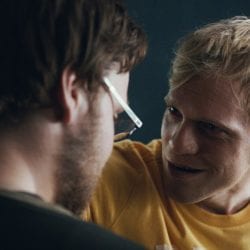 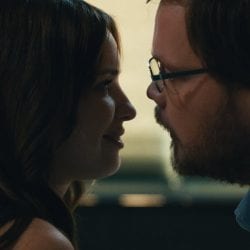 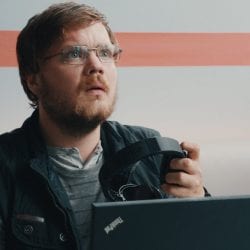 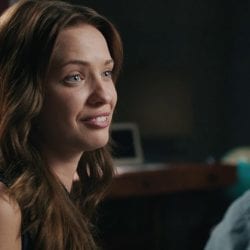 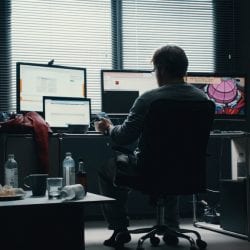 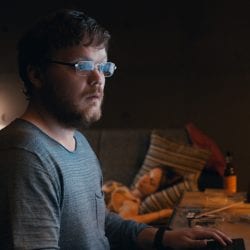 Share on Facebook
Share on Twitter
This disturbing psychological thriller follows a reclusive young man’s desperate desire for sex and human contact. Piet (Adam Ild Rohweder) is a brilliant grad student but also painfully shy and socially inept. His lonely and sexually frustrated existence changes when he is forced to partner on a school project with the pretty and outgoing Klara (Paulina Galazka). As they spend time together, Piet misinterprets her friendly personality and awkwardly professes his love to her. When Klara rejects his advance, Piet retreats into himself, becoming more obsessed with his “love” until one night when he drugs Klara and attempts to have sex with the unconscious woman, but when she begins to fight him off, he reacts in a violent way. What follows is a very long and horrifying aftermath that sends the man down a dark and despicable path. A disquieting tale reminiscent of the works of Lars von Trier and Michael Haneke
Reviews

A Young Man With High Potential  tests viewers’ stomachs with its horror. Adam Ild Rohweder gives a chilling performance and he carries the film. Watching him transform is a total experience. he way he transforms his character across the film’s 85 minutes is pretty incredible and despite his actions, you still find yourself feeling a little bit sorry for Piet. Even with all of his evil, I found sympathy for him and this is because director de Paoli does a very good job of forcing us to look at the shades of grey between the black and white. The film is unrelenting during its second half but I can’t really much more than that without spoiling the plot for those who want to see it. It’s not an easy watch at all and the ending is frustrating but fascinating…There are no easy solutions here, and nobody should expect to sleep easily afterwards.” – Amos Lassen

“Piet enjoys cam shows from the lithe and lovely Laurence Roothooft, who strips fully nude on a bed and leans back to masturbate—though we don’t see any bush! We do see bush from Paulina Galazka, who spends most of the film’s second act completely nude! To say how and why would constitute a spoiler, and we don’t want to give away the ending of a film with such High Potential!” – MrSkin

“A dark story on the type of young male sexual entitlement that so frequently makes headlines in the United States…it’s pleasantly surprising that the picture presents such a humanised and believable Piet – certainly, he’s more likeable, less of a grotesque horror-movie villain than the “incel” types he calls to mind…observed brilliantly, coldly and with a sharp eye for incongruous little details. A movie this nasty shouldn’t be able to make black-comedy elements work, but director Linus de Paoli manages just that in this sad, sordid, icky little tale.” – The8thPassenger

“A mind bender. If you have made it through psycho-babble films like The Human Centipede 1,2 & 3, or even Nymphomaniac 1 & 2 then you should be able to sit through this one…one of the most diabolical films I’ve seen in quite a while. It defies any of the horror flicks being released this year to out-do his impulsive repulsive finish. Comparing this flick with horror releases I’ve seen so far this year so far nothing compares. The acting by the two main characters Paulina Galazka and Adam Ild Rohweder is actually very good portraying their character’s personas with ease.”  – ACED Magazine

**** “[A] quietly devastating film…De Paoli has created a film that lives up to its potential and is powerful in its own right. There are no easy solutions here, and nobody – least of all the audience – should expect to sleep easily afterwards.” – EyeForEye

“Linus de Paoli’s film taps into the ugly phenomena of lonely men who are convinced they are victims of a global conspiracy by women not to have sex with them. A Young Man With High Potential is a warning that people do need human contact to grow emotionally. It should never be substituted by an over reliance on screen-based interactions because rather than alleviate isolation and despair technology only serves to heighten it.” – BritFlicks

“Though not easy to watch…A Young Man With High Potential is a polarizing study of a weak-willed man.” – The Hollywood News

“A confronting tale of moral descent, in which writer/director/editor Linus de Paoli (Dr. Ketel) shows his apanthropic antihero doing terrible, despicable things, but still somehow keeps us uncomfortably on [his] side…A Young Man With High Potential delivers its identity piecemeal in packaging that perfectly fits the disconnected age of the incel.” – SciFiNow

A good friend of mine made career as an IT developer for one of the biggest software companies in the world. He is almost exclusively working from his home office and orders everything he needs online: groceries, clothes, furniture. He has never had a girlfriend, though I know that he was in love with a fellow student for many years – but didn’t dare to make a move. She got married around the same time he made his first million. Though my own biography reads completely different, I could always easily relate to my friend. And although  A Young Man with High Potential is not about him, he helped me forge a character that almost feels like a prototype of our generation: virtuoso in the virtual world, but hopelessly lost in the real one. Especially when it comes to social interaction and the relationship between the sexes. It was important to me to come as close to the character as possible. Always be on eye level with him. The style of the film reflects the protagonist’s perception. His dorm room is just as functional and gray as the entire elite campus. The university seems to be located in an anonymous, featureless European country in which cultural backgrounds and local characteristics have faded. It is Klara who brings color and character into his world for a short time. His story is one of isolation, unfulfilled desires and the fragility of moral. 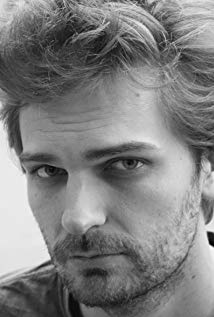