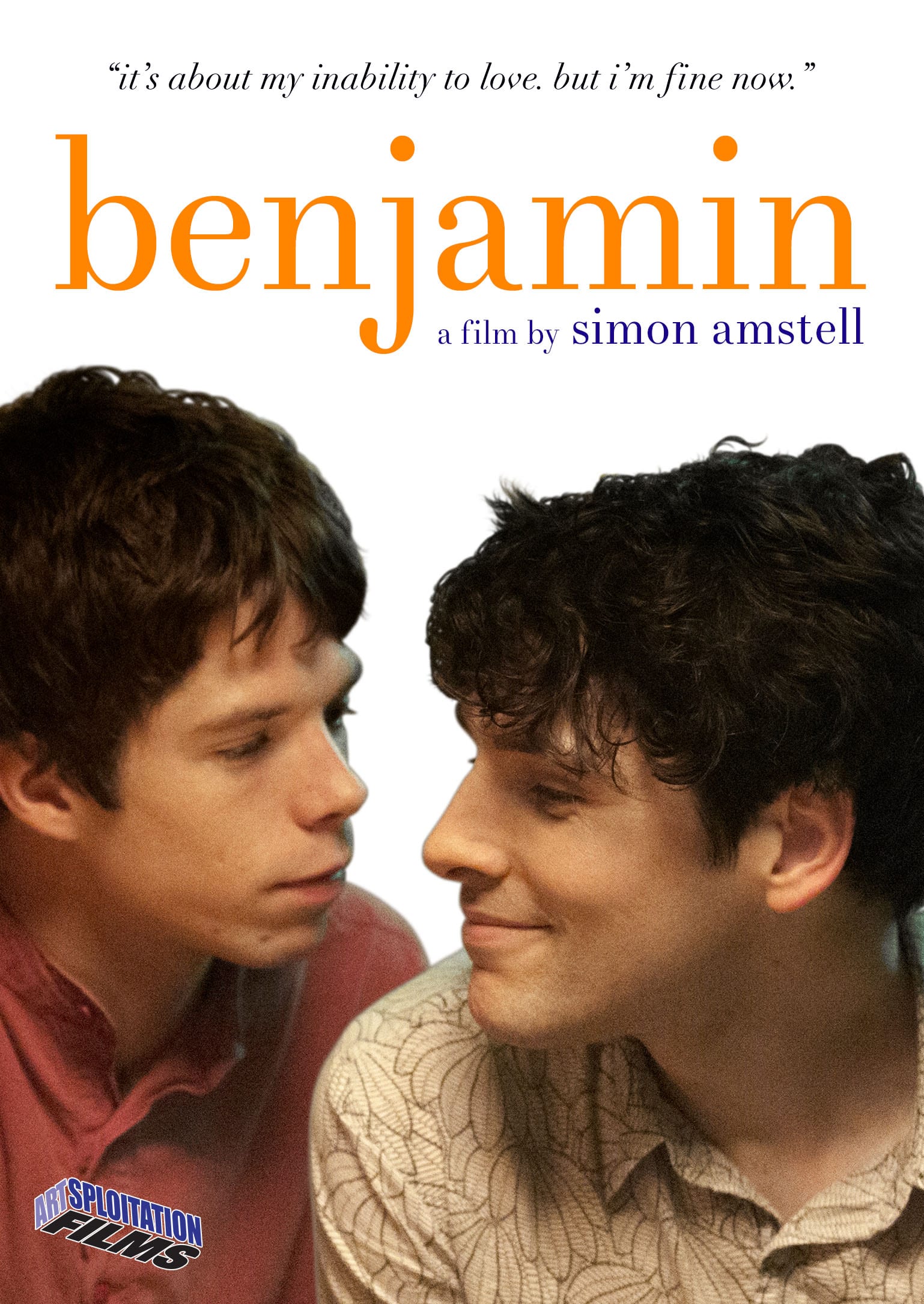 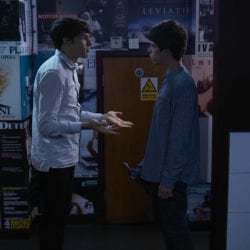 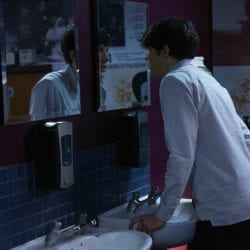 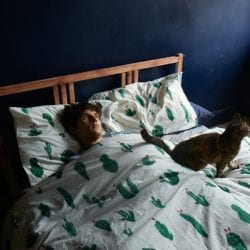 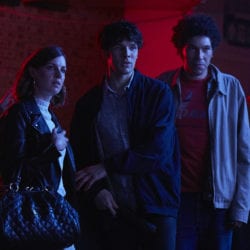 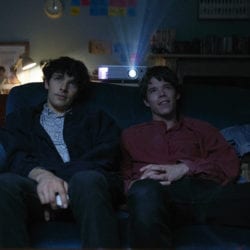 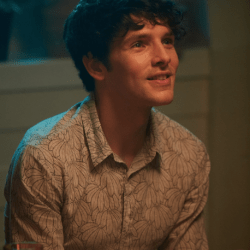 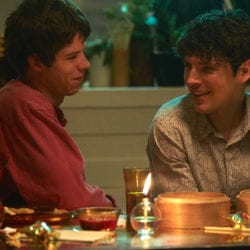 British comedian Simon Amstell wrote and directed this charmingly offbeat romantic comedy about a mess-of-a-filmmaker juggling the anxieties and excitement of his upcoming film premiere with the fear and awkwardness of a burgeoning romance. Gangly and neurotic, and always ready with a self-defensive quip, indie film director Benjamin (Colin Morgan, The Happy Prince, Merlin) nervously prepares for the premiere of his sophomore feature when he meets and falls for hard for Noah (Phénix Brossard, Departure, Little Joe), an young French musician. Will Benjamin’s insecurities and anxieties get in the way of success and happiness? Will his film be a citics-savaging disaster and he, a one-hit wonder? Amstell peppers this entertaining tale with hilariously deadpan one-liners and a scene-stealing cast of supporting characters including Joel Fry (Game of Thrones) as Stephen, Benjamin's manic-depressive stand-up comedian best friend; Jessica Raine as Billie, his unbearable publicist, Harry (Jack Rowan), his egocentric, bi lead actor; and Anna Chancellor (Four Weddings and a Funeral, Pride and Prejudice) as his patient producer. A charming, laugh-out-loud look at one man’s land mined road to success and love.
Reviews

“Benjamin is a bleak and hilarious look into the mind of director Simon Amstell. Amstell manages to make the satire and the romance fresh and funny and affecting [and] fills the story with hilariously deadpan one-liners and a scene-stealing cast.  It is a heartfelt laugh-a-plenty love story with lots of bite. – Amos Lassen

“One of the best 21st-century rom-coms, gay or straight, that you can find.  [Director] Amstell (think of him as a gay male Hannah Gadsby) has made a movie that is laugh-out-loud funny, tearjerker sad and thoroughly enjoyable…one of this year’s must-see movies. – Gregg Shapiro, South Florida Gay News

“Benjamin is self-effacingly written and directed by gifted British comedian Simon Amstell…Appealingly restrained and perfectly shaped at under 90 minutes, Benjamin maintains its softly barbed wit and sweet-and-sour intimacy to the end…[Amstell] will have high expectations of his own to meet next time out.“ Benjamin” wrings a lot of warmly perceptive, occasionally acidic humor.” – Guy Lodge, Variety

“Simon Amstell’s funny, charming and overpoweringly personal comedy is a nervous romance, in which both parties get to be Annie Hall … a miraculously heartfelt love story, sweet and poignant in all its awkwardness.” – The Guardian

“A tender, funny and, at times, painful film” – The Daily Mail

“A heartwarming, brutal, self-portrait… Amstell has made a really excellent film” – NME

Simon Amstell is a British comedian, television host, screenwriter, director and actor. Simon began his career on television as the host of Channel 4’s popular music and pop culture program Popworld. He then went on to host the hit comedy show Never Mind the Buzzcocks for which he won two British Comedy Awards as well as a Royal Television Society Award for Best Entertainment Performance.

In 2009, BBC2 commissioned Simon to write and star in Grandma’s House. The critically acclaimed show went on for two seasons and won a British Comedy Award.

As well as continuing his stand up career, touring internationally and making Do Nothing which was broadcast on BBC2 and Numb, which can now be seen on Netflix, Simon has directed two short films, Something More, chosen for Channel 4’s Random Acts and William, a short produced by Tiger Aspect productions. In 2017 Simon directed a mockumentary for the BBC iPlayer entitled Carnage. The film is set in a future and looks back at a time when human beings ate other animals. Benjamin is Simon’s debut feature film. 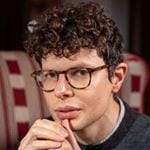