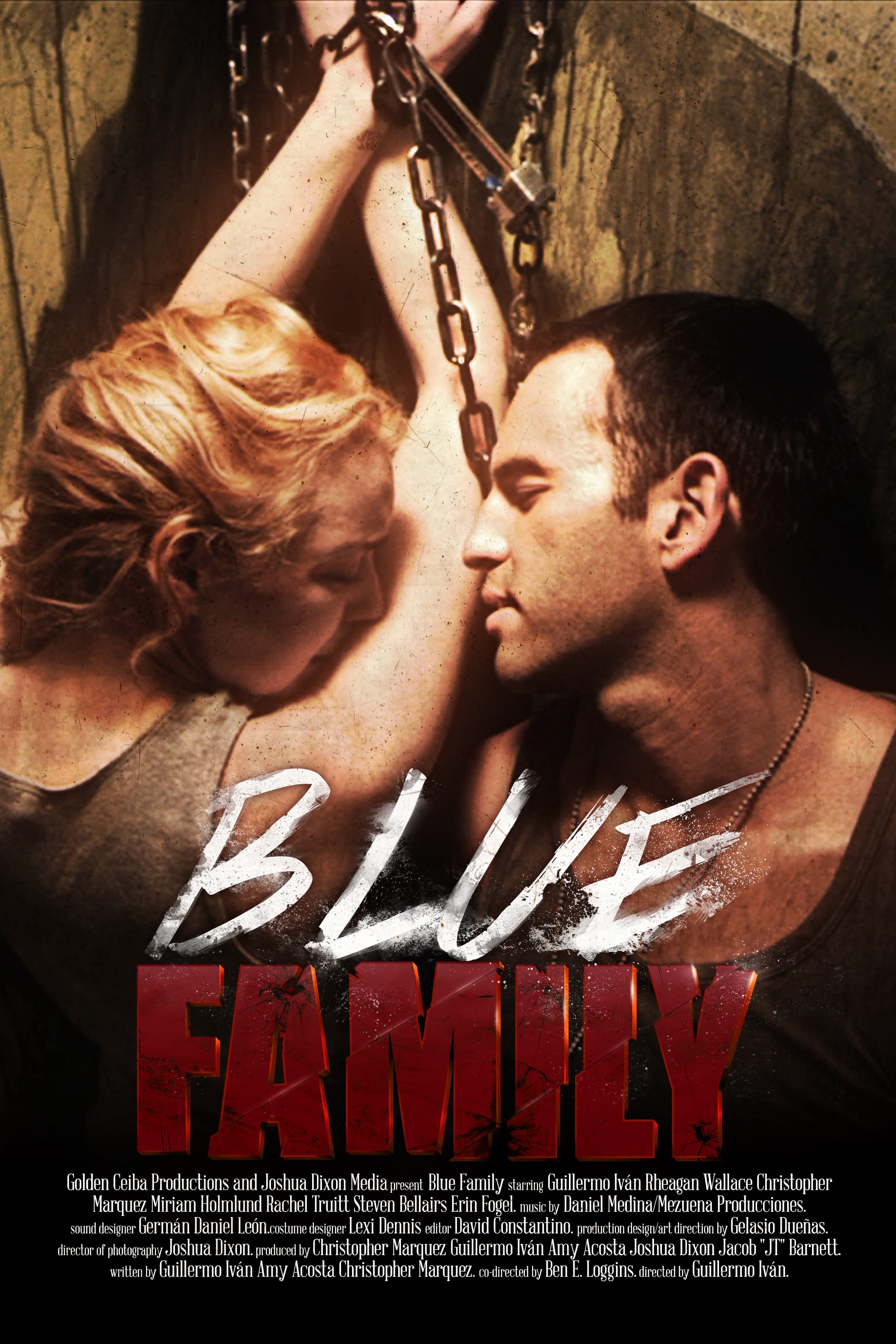 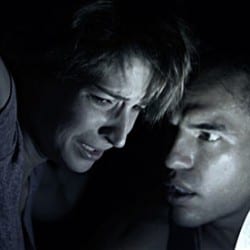 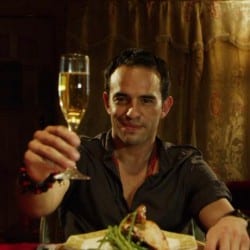 Share on Facebook
Share on Twitter
An absorbing, if unsettling, thriller based on true events, Blue Family follows the attractive and personable used car salesman Armando as he works on creating a perfect family. For underneath his sunny disposition, lies a dark secret. In an attempt to make up for a childhood of abuse and the family he never had, he hand picks his own family by kidnaping three attractive young women. Julia, Jessica and Erin are imprisoned in his basement while the young man deludes himself into thinking they want to be there. Trapped for years by this raging psychopath, the woman feel freedom is finally from this house of horrors is a possibility when Armando’s brother Daniel is brought into the circle. But is he just as deranged as his brother? Director/star Guillermo Iván presents a compelling and scary world where hope, however dim, remains alive.
Director Interview

THE AF INTERVIEW with Guillermo Ivan

AF: Actor, writer, director, and producer, you do it all! What made you turn your talents to this particular subject matter?

GI: There is nothing I love more than getting involved and invested on a project from the inception of it, from that very moment when you open a new file on your computer and it’s only a blank page. It’s certainly a team work, not a one man show but someone has to say  “I have an idea, let’s create this…”.  After that almost everything happens by itself.

That’s how Blue Family was conceived. One day I woke up and I was having my morning coffee while watching the news at my apartment in New York when I saw the news about three girls kept captive for years by a crazy guy and it got me intrigued: “How could someone do something like this; what’s on a guy’s mind to do such a horrible action; what’s the psychology behind this twisted mind?”  And then I said  “you know what?… let’s make a movie inspired on this”.

AF: You say this is a true story, who is the story actually based on?

GI: The story is inspired by the actual events that took place in Cleveland, Ohio, when Amanda Berry, Gina De Jesus and Michelle Knight escaped from a 10- year-abduction imposed by their kidnapper, Ariel Castro. Hearing the news and learning from this horrific case about the heroism and remarkable resistance of these three women inspired me to develop a story that would not only portray a similar case but that would get deep into the characters’ psychology.

AF: The lead character, Armando the car-selling kidnapper, is shown as a handsome, seemingly well-adjusted young man, albeit with some emotional and psychological problems, but you did not depict him as a monster. Could you explain your decision in portraying him this way?

GI: The monstrosity of a twisted mind, when it’s real, it’s always very complex. It’s never simple and linear and in most true cases that we could find though history those monsters justify their actions to themselves and sometimes even to others. All those psychopaths are multidimensional and complex;  sometimes you could even find certain qualities in them that would make them attractive or charismatic to certain people and that would make them even more dangerous.

I didn’t want to approach the character in a superficial manner because that’s easy to do and the result would have been cheesy and stereotypical.  I rather wanted to challenge myself  to go deep into a complex twisted mind that would make Armando darker and even more horrendous, but always depicting a real human being and not just an idea.

AF: Armando is very similar to the Frank Zito character played by Joe Spinell in the seminal 1980 film MANIAC. Was this film any influence on you and if not, what horror films have influenced your approach to filmmaking?

GI: It wasn’t an influence throughout the process but I can certainly see the similarities. His obsession for women and punishment and the disturbed psychology of the character obviously finds its roots in Zito’s mental disturbance.

AF: Your film is very tastefully done considering the subject matter. Is that because of your strong background in TV?

GI: Not really, it was an aesthetic decision and the narrative standpoint that we decided to take when creating the story. We wanted it to be that way. We wanted to show how disruptive and obscene the subject could be without the need to be explicit or cheap.

AF: I believe this was your second time working with Christopher Marquez who played your brother in the film. Is that why your relationship here seemed so realistic and natural?

GI: He is a great actor and certainly we connected when doing the movie. It was an amazing experience working with him on that project.

AF: What are your top 5 favorite movies?

AF: What filmmakers have mentored or inspired you?

AF: Was there a particular event or time that made you realize that filmmaking was not just a hobby, but that it would be your life and your living?

GI: The first time I wrote a script just for fun with one of my best friends and three months later we were actually filming! I was acting and directing for the first time and a year later I went to the movie theater and watched my movie Sin Retorno on the big screen!  I remember I thought right there “This is what I want to do the rest of my life!”

AF: Were there any unexpected problems during the shoot?

GI: Every day we had a new challenge, but probably the heat inside the location was the biggest obstacle.

Guillermo’s many years of experience as an actor working in the filmmaking industry inspired him to one day direct. In 2009, he had his directorial debut with No Turning Back (Sin Retorno) and followed with Balls and Carrusel. In 2010, Guillermo started his own production company, Golden Ceiba Productions. The company allows him to put his many years of experience to use in every step of the filmmaking process by closely tending to the development and growth of each film. Blue Family is actually his first 100% English movie to write, star in, and direct. Having all of his many talents combined in one project has truly created a powerful film.