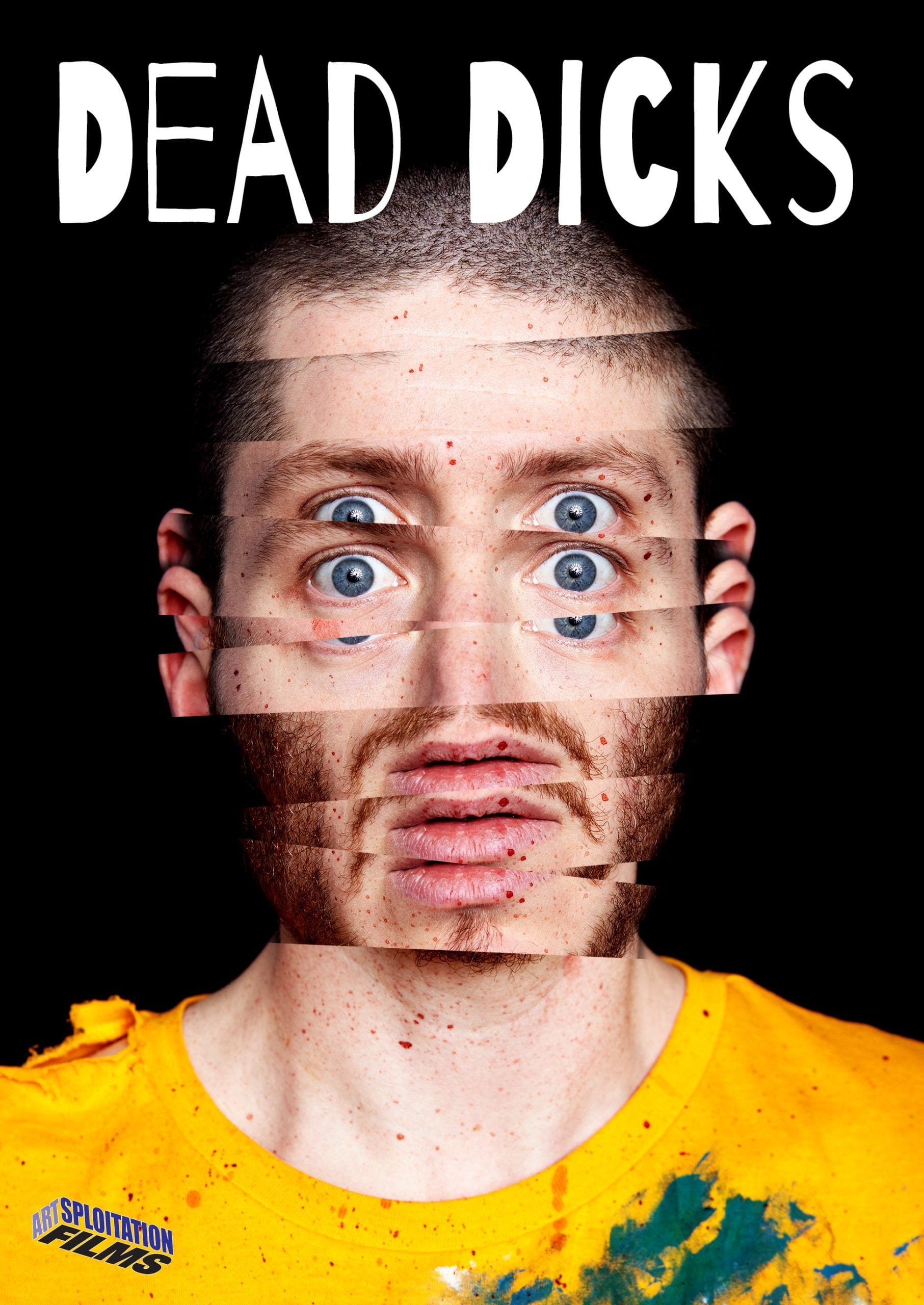 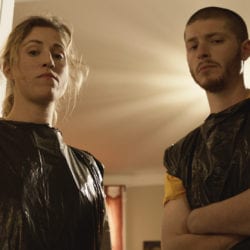 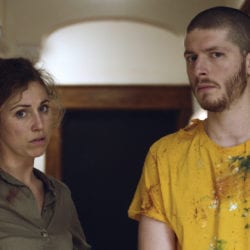 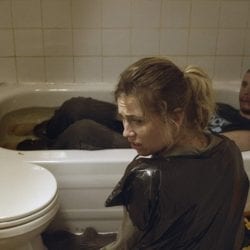 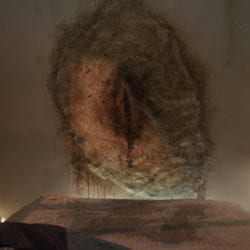 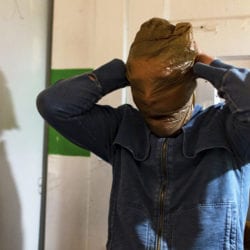 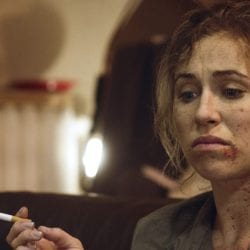 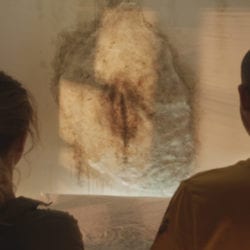 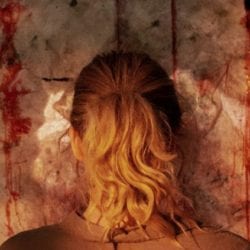 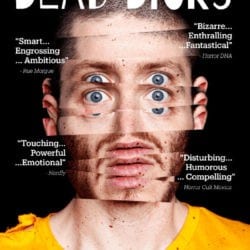 This light-hearted, metaphysical sci-fi horror film is a bizarre celebration of death, resurrection and insanity. Think Harold and Maud meets Groundhog Day as directed by Alain Resnais (Last Year at Marienbad). Richie is a suicidal young man who, every time he kills himself, finds himself very much alive but with a dead body of him in his apartment. His sister comes to the rescue, but as the bodies pile up, the pair think that a vagina-like opening in Richie's bedroom might hold the answer.
Reviews

“A quirky and funny film… [with] a twisted eye for violence, body horror, and other worldly weirdness. A really great film that will make you wince, laugh, and maybe even shed a tear.” – ML Miller

“[A] truly bizarre modern horror and sci-fi film…We certainly did not expect to see the hunky Heston Horwin walk fully nude…He’s naked from head to cock as he stands there, eating a bowl of cereal. Chomping on Heston Horwin’s breakfast dick is part of a complete breakfast!” Mr. Man

“An absolute joy and fun for all types of movie fans. [Directors] Bavota and Springer put together a very clever and uniquely amusing story about mortality and family. The shots and editing are simply hilarious…everything here is really, really good. Viewers will get absorbed into every scene. Dead Dicks is one that viewers looking for something different should definitely seek out. Jeremie Sabourin, Cinema Smack

“Fearless and fascinating , Dead Dicks is like watching David Cronenberg direct Flatliners. Provocative, playful and revelatory…this is one of those movies you have to see, and experience, in order to appreciate.”  – John W. Allman,  Blood Violence and Babes.com

“Entertaining and impressive…. a deft balance between comedy, horror and tragedy.” – Vincent Gaine, The Critical Critics

“I have to give the movie props for originality.  I’ve never seen a myth like it and appreciate the unique take on the whole doubling story.” – Joe Ketchum, Fim Monthly

“An engaging, darkly-funny film that doesn’t deserve being strapped with such a juvenile title. Extremely well-made with a limited budget, it features good performances, well-drawn characters which suggest they were created from personal experience and, to be certain, one gleefully over-the-top, shockingly-funny sequence you absolutely won’t see coming.” – FreeKittensMovieGuide

“Seriously one of my favorite genre films of the past few years.” – Dede Cimmins, Rue Morgue, Daily Grindhouse

“Dead Dicks is a clever sci-fi film that delivers something I’ve genuinely never seen before. The premise seems bleak but the film finds plenty of humour… it’s safe to say that Dead Dicks is a little bonkers but it’s also a clever exploration of mental illness…a truly intriguing and enjoyable film with a few scary moments and plenty of laughs too.” – Pip Ellwood-Hughes, Entertainment Focus

“There is a feeling of David Cronenberg to this movie which isn’t a hard feeling to discover. The fleshy growth on the wall is the most obvious sign of this, but also how the darkly surreal becomes normal. ..the soundtrack was great.” The Rotting Zombie

“Filled with twists and turns, it’s a nuanced and is, at times, a humorous look…There is black humor, but it is deadly serious in the way it presents the impact of mental illness and addiction on close family members.” – Amos Lassen

“Dead Dicks is a throwback to a certain brand of indie grindhouse flicks from yesteryear …a very unique yet oddly enjoyable piece of “what the fuck?!” -Mike Haberfelner, SearchMyTrash

“Heston Horwin is fantastic as the depressed, suicidal Richie. He overcomes many of the film’s problems through sheer charisma and intensity. As Becca, Jillian Harris plays the put-upon and exhausted sister perfectly…Thanks to an impeccable cast and a more substantial, interesting second half, the movie is worth watching at least once.”   Bobby LePire, Film Threat

“Dead Dicks is a solid science fiction/horror/drama that peaks your interested right from the start and it keeps you glued to the screen waiting and wanting to see what happens to these likable characters. The film certainly brings a lot of cool ideas to the table and it ends up be an original and unique film that will leave you talking about it long after it is over. I highly recommend checking out this little gem.” – VideoViews

“I stress that despite parts that may be funny, Dead Dicks is no comedy … unless comedies have started carrying suicide-prevention PSAs before minute one. Chris Bavota and Lee Paula Springer make a loud splash with a high-concept mindfuck operating on little more than two brave, believable performances and the hard-charging assault of Tusk & Bruiser’s melodic post-rock to chart their arc…ingenuity reigns throughout.” — Rod Lot, Flick Attack

“An entertaining trip from beginning to end.” – ScreenRant

“A nifty blend of the tragic and the absurd.” – Jay Seaver, EFilmCritic

“The most impressive aspect of Dead Dicks though is in the writing (credited to both directors Chris Bavota and Lee Paula Springer). It’s an incredibly sensitive topic that is handled exceptionally well from cast and directors alike…” – HorrorDNA

“A heartbreaking piece of cinema…a tragic, emotional tearjerker wrapped up in an intense blend of horror, sci-fi and dark comedy.” – HorrorCultFilms

“A Cronenberg-inflected science-fiction piece. Come for the gore-laden sci-fi, stay for the movie’s substance on mental illness.” UKFilmReview

“Dead Dicks is an ingenious and imaginative slice of genre cinema.” – BackSeatMafia

“Dead Dicks is a heady horror-comedy with heart….breath-snatching gore and horror. Dead Dicks kicks off with a ghoulish premise, revels in outrageous jokes, and then layers in a bracing emotional intelligence in its exploration of family dynamics and mental illness. Dead Dicks tackles taboos, blending trippy horror, irreverent humor, and shocking tenderness to create a film that’s both darkly challenging and wildly entertaining.” – Pajiba

“One of the most touching, powerful, emotional tales I’ve ever seen in horror cinema. In fact never has a horror movie made me cry. Ever. Dead Dicks did…it touched a nerve within me that NO OTHER horror film ever has…a contender for Top Ten of the year for me.” ***** 5/5 – Nerdly

“An uncommonly smart, engrossing and dramatically ambitious independent horror/drama, and a major discovery…clearly the work of filmmakers, a cast and craft team with talent to burn. It delivers on the creep factor and keeps us off-balance and intrigued while rooting us in the concerns of its central duo.” – Michael Gingold, RueMorgue

“Dead Dicks is the surprise hit of this year’s Fantasia Film Festival — an ingeniously engineered slash of modern horror…Those of you searching for truly original work, look no further. The script alone is a marvel of subtlety and intelligence, and for a micro-budget film made in a span of only ten days, Dead Dicks is funny, unexpected,and morbidly watchable. It also boasts one of the best screenplays this year; intelligent, strange, and well, let me stop gushing before I run out of superlatives.” – Ricky Fernandes Da Conceição, Sordid Cinema

“The opening few minutes of Dead Dicks may well be the most harrowing and upsetting images committed to film…disturbing, often humorous, but always compelling.” Martin Unsworth, Starburst

With a background in literary and film translation, Lee has adapted several French-language film scripts (The Sinner, The Tempest), as well as the Spanish-language novel Baile con serpientes into English. After appearing in the short films Even the Darkness has Arms and Zomboni, she moved behind the camera. Dead Dicks is her fourth feature-length screenplay and her directorial debut.

Chris is an award-winning filmmaker raised on a steady diet of b-movie action and psychological horror. Beginning his career as a screenwriter, he has collaborated with multiple directors on commercial and narrative projects. His first feature-length script Ghastlies was directed by Brett Kelly and released in 2017. Dead Dicks is his feature film directorial debut. 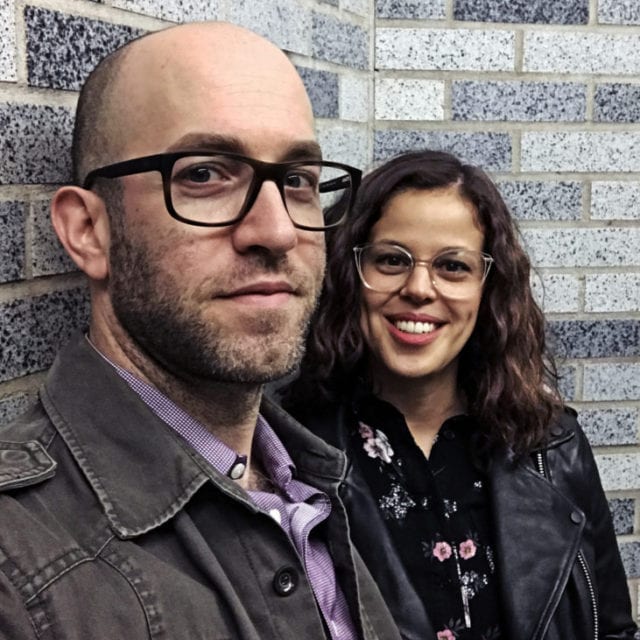