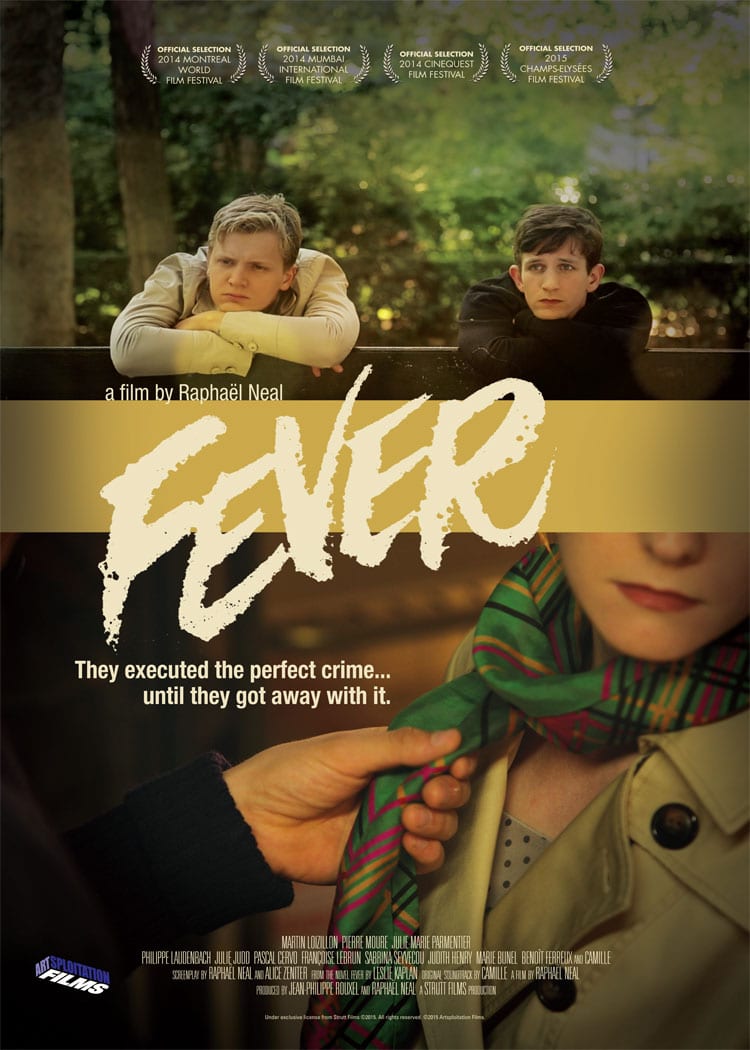 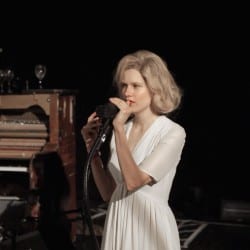 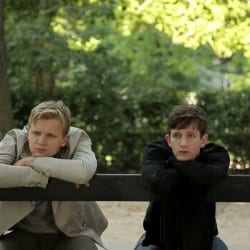 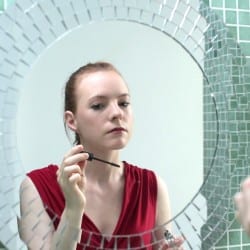 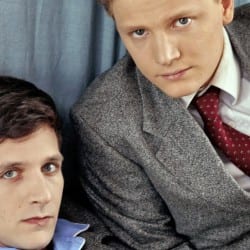 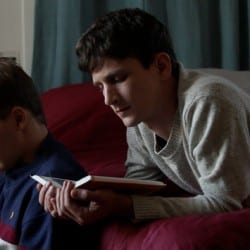 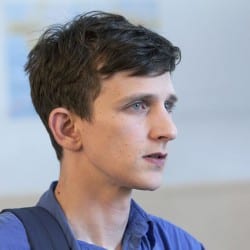 Share on Facebook
Share on Twitter
High school students Damien and Pierre are from wealthy families with nothing seemingly in their lives to leave them disturbed. Yet they plan and carry out the murder of an unknown woman they have previously only spotted on the street. The police are at a loss, confused by this murder without motive. Zoé, an optician in the neighborhood, who is feeling more and more moved by this inexplicable murder, bumps into the teenage murderers by chance. But this chance fleeting encounter reveals inside her a growing and mysterious desire. Although scared (she could easily be a victim of Damien and Pierre), her erotic attraction for the duo goes beyond that. It gives her a chance to find a way out of the loveless rut that her life has ended up in. While Damien and Pierre, thinking no one will catch them, embark on a journey deep within their pasts. Inspired from a real life story of mindless and seemingly meaningless crime, Fyodor Dostoyevsky's "Crime and Punishment" and from the scandalous Leopold and Loeb case from the 1920s, this thoughtful psychological thriller will enthrall viewers.
Reviews

“A psychological thriller of the highest order. Based on the novel by Leslie Kaplan, it’s a story taking a cue from Alfred Hitchcock’s classic film Rope. And Rope was inspired by the real-life Leopold and Loeb murder case of the 1920’s. Fever is definitely a psychological thriller. There is no horror per se, but a deep and intriguing character study of extremely flawed people. And what raises this film up from lesser pictures – every single character – in addition to our three leads – are multi-dimensional, with rich histories and dark secrets. Performances are spectacular from top to bottom, but of course, we must point out the stellar work of Martin Loizillon and Pierre Moure as these two strange boys who one day decide to murder an innocent woman. And although it’s never legitimized onscreen, the homoerotic tension between them is extreme and extremely intriguing. The soundtrack is simply mesmerizing. It’s done by the international recording artist Camille – who appears as Alice Snow – a singer – in the film.

The performances, the unusual structure and the denouement – as well as the brilliant score of Fever – make this a film you can’t miss. And honestly, after letting it sit overnight, there’s nothing which I can pinpoint as a misstep, a flub or a problem. Therefore, Fever is worthy of a perfect score – and those are certainly not easy to come by. This film is a modern classic. – Horror Freak News

“The soundtrack is fantastic…a psychological piece that…was a pleasure to watch.” – The Rotting Zombie

“FEVER is…filled with tension and carries with it a disturbing air…the viewer is left with a chilling sense of dread.” – Matthew Scott Baker, Shattered Ravings

“An intelligent film with engaging performances that interacts more on an intellectual level than most thrillers [as it] wrestles more with its deeply abstract ideas. A delicate, thoughtful psychological exploration. Fever is for fans of international cinema interested in careful drama and big ideas.” – MATT PAPROCKI – www.doblu.com

“This film did not want to be the same old film we have seen countless times, it went into pastures never explored to give us such a depth to the characters and an idea how fractured and easily manipulated it was during this time…sit back and have fun and let this film give you a different slice of pie.” — James DePaolo, www.wickedchannel.com

“Fresh and original and certainly worth seeing even more than once.” – Amos Lassen http://reviewsbyamoslassen.com/?p=37839

“Both enthralling and comforting…a pleasure to watch.” Daniel Simmonds, The Rotting Zombie

To adapt the novel “Fever” by Leslie Kaplan to the cinema was a dream.

Damien and Pierre, two privileged schoolboys, decide one day to murder a complete stranger picked out in the street. The set-up surrounding the gratuitous murder harks back to the “Leopold Loeb case”, which took place in Chicago in the 20s: two students keenly interested in philosophy who murdered a teenager in cold blood. The case has already inspired films and plays, notably “Rope” (Hitchcock, 1947). In “Fever”, « The question, the suspense, the thriller aspect, is not who murdered – we know that from the start – but why », reads the back-cover of Kaplan’s book. A number of different paths of reflection are taken up, from the detailed description of the respective backgrounds of the two friends, to a detour of some length through History and accounts of the Second World War.

It is said fairly commonly that everyone at some time or other has wished to kill someone. By situating the murder at the beginning of the film, “Fever” questions the aftermath. What happens once the fantasy has been realized? My co-scriptwriter Alice Zeniter and I wished to underline is that the shock felt by Damien and Pierre is not so much due to their sudden guilt but rather to the realization that, after the murder, life goes on as usual. In spite of the growing agitation of the two friends, people around them do not seem to want to notice their unease. Through the characters of the parents and grandparents, often present, the question of transmission – of values, but also of secrets – is at the heart of the film. What if this wanton murder, committed in the utmost secrecy, was conceived with the unconscious desire to awaken the stifling, hypocritical and conformist world which every teenager finds himself confronted with? This distress, unexpected and unspoken, is what I want to recount.

I searched for months on end for the actors who would be capable of playing Damien and Pierre. Those I managed to find are, as I hoped, at first sight very different from the characters as they appear on paper. Damien and Pierre had to be as irritating as they are touching, appear at times smart and cultured as at others disconcertingly immature. It is precisely the manner of filming which should allow the spectator to avoid making any definitive judgment. Damien and Pierre are indeed guilty, but so far as they are characters, they must not be imprisoned in any way.

Damien and Pierre seem to have killed in the same way as one would plant a bomb, without knowing clearly the real motives behind their gesture. Damien and Pierre interest me in the same way as, when I walk in the street, I observe with intensity the imposing facades of apartment-buildings, I imagine the apartments, the rooms and the corridors within, with, always, this question which preoccupies me so: what goes on behind those closed windows?

Born in Orsay, France in 1980, Raphaël Neal is an accomplished photographer whose work has been exhibited and published in France and internationally since 2005. His portraits and self-­portraits are inspired by cinema, literature, dreams and by his own life experiences. Raphaël is also an actor and has worked with many directors such as Claude Chabrol, Claire Denis, Alexander Sokourov and Sofia Coppola. FEVER marks his debut as a film director. 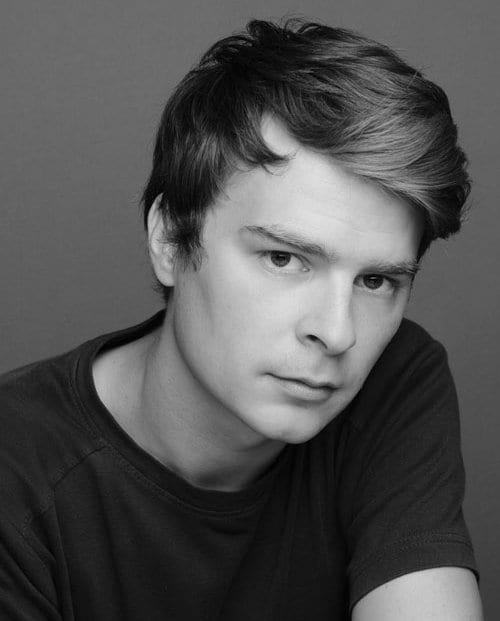