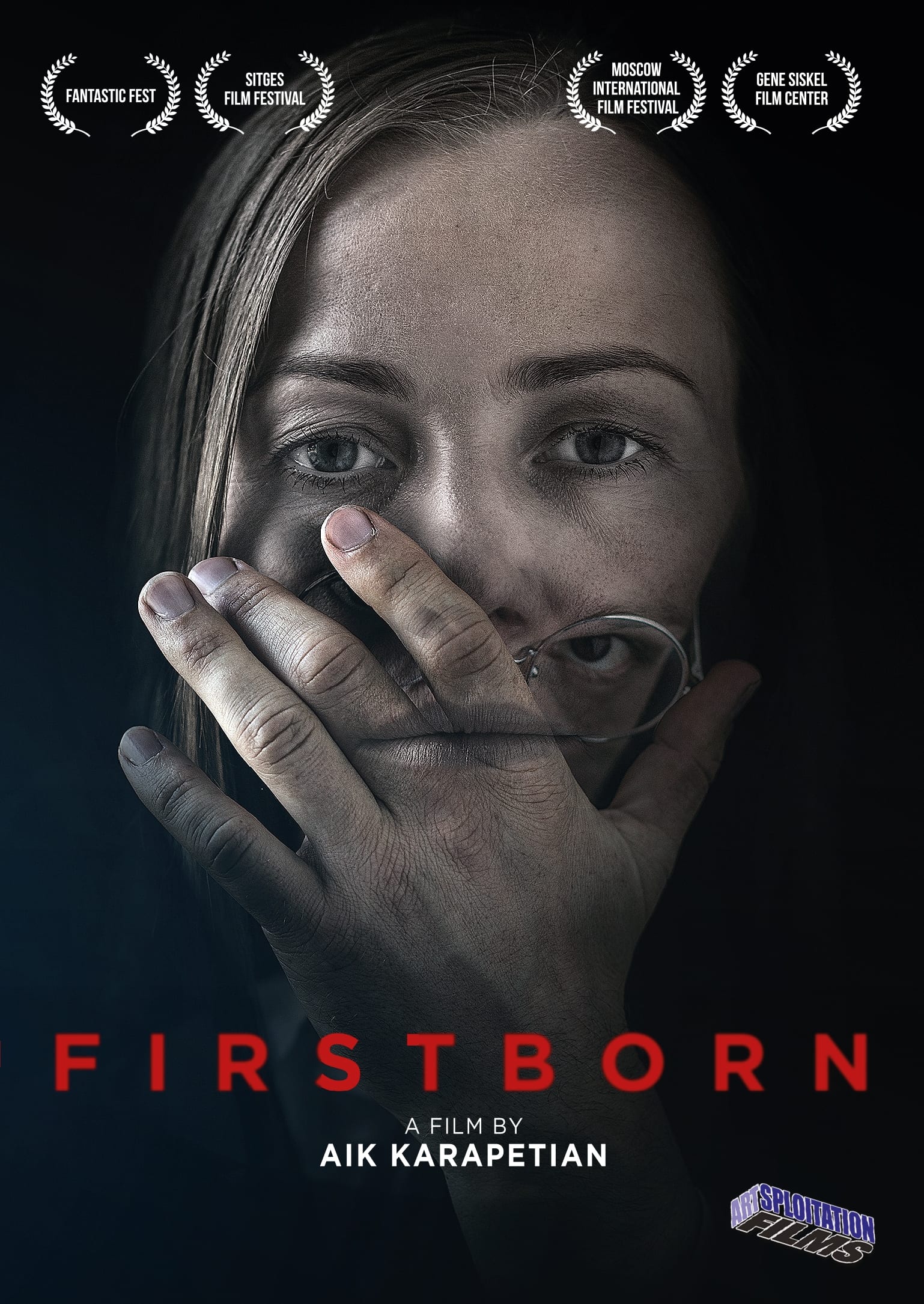 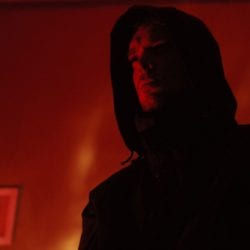 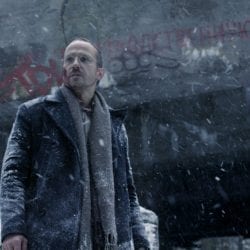 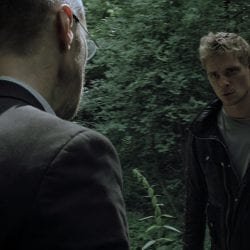 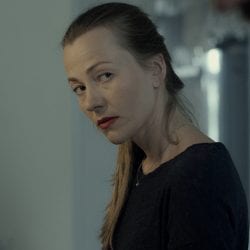 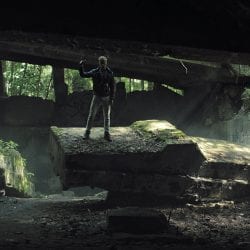 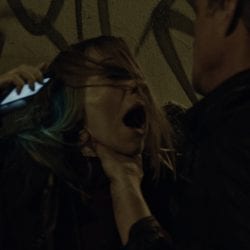 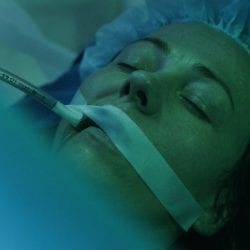 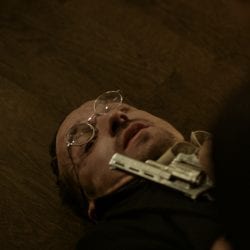 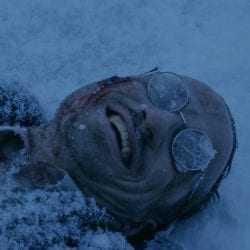 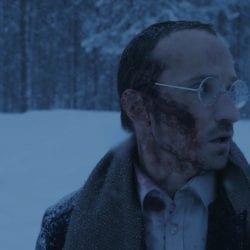 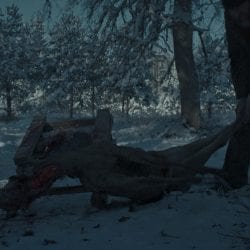 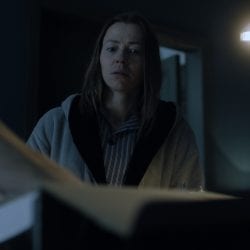 Share on Facebook
Share on Twitter
From Aik Karapetian, the director of the much acclaimed, "The Man in the Orange Jacket" comes this intense and thought-provoking thriller. Francis is a middle-aged architect married to Katrina. Their relationship, strained by their incapacity to have children, is further tested when they are robbed one evening by a tough motorcycle-driving thug. Disappointed by her husband's feeble reaction to the attacker, their relationship further deteriorates. The bespectacled Francis, his long dormant masculinity now ignited, seeks and finally confronts the young belligerent young man. During their encounter, criminal slips and falls off a cliff to his death. Soon afterward his wife becomes pregnant and order is seemingly restored for the couple. That is, until pervading paranoia and a mysterious blackmailer proves that his fight for his very manhood is far from over.
Reviews

“Karapetian is actually quite brilliant behind the camera particularly in terms of his shot composition and his framing. Whether filming in dimly lit apartments or in remote snowy landscapes, the look of the film is distinctive. It doesn’t hurt that both Dovelka and Znotins deliver strong, believable performances. During the initial encounter with the motorcycle-riding thug, the danger is palpable and the scene is terrifying in a realistic way that directors of Hollywood thrillers often get wrong. This one feels like it could have happened exactly as depicted…as thrillers go this one is top notch…” – Cinema365

“A mean, menacing undercurrent slithers through Firstborn.  It’s not easily dismissed…a rather shattering drama, wrapped in the clothing of a very tense, slow-boiling thriller. – Screen Anarchy

“Firstborn is cinema of anxiety, much in the vein of films such as Irreversible or The Hunt. It is meticulously constructed…This film is almost entirely visual in how the themes are communicated, very often leaving things to the viewer’s imagination. The cinematography is gorgeous and precisely composed, but the images on screen are highly upsetting. Firstborn is a bleak, upsetting movie to sit through. But, should you wish to go on its journey, the road there is a satisfying one.” – OneOfUs

“Firstborn is quite a remarkable film as it manages to blend a revenge thriller with a very archaic drama of self discovery and a quite disturbing character study, all told in a way that leaves much of the story open to interpretation. This is of course due to a clever script that’s helped by a directorial effort that does rely on strong imagery while at the same time giving the cast enough room to breathe life into their characters, and that said, the acting’s strong as well. Quite an unusual experience that’s well worth one’s while.” – SearchMyTrash

“Firstborn has great atmosphere throughout, it is dripping with an undercurrent of silent menace, and Znotins puts in a fantastic central performance that is complimented by some effective cinematography and directing.” – TheRottingZombie

Aik Karapetian was born 10 July, 1983 in Armenia but raised and educated in Latvia.  After having received his MA degree in film directing from the Latvian Academy of Culture, he went on to study at the Académie Internationale des Arts ESEC in Paris, from which he graduated in 2008 as a film director. Aik directed the new production of the Latvian National Opera’s THE BARBER OF SEVILLE, which was awarded Best New Production of the season. PEOPLE OUT THERE was Aik’s debut as director of a full-length feature film which was premiered in the 2012 Karlovy Vary Film Festival. His second feature-length project, the horror film THE MAN IN THE ORANGE JACKET premiered at Fantasia Film Festival (Montreal) and FantasticFest (Austin). 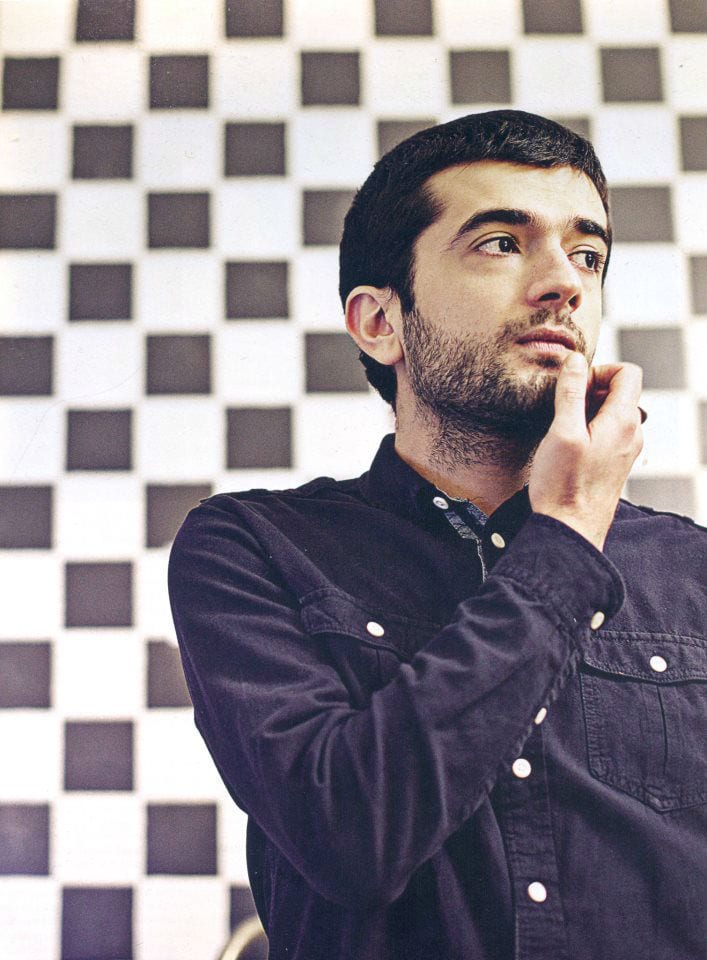