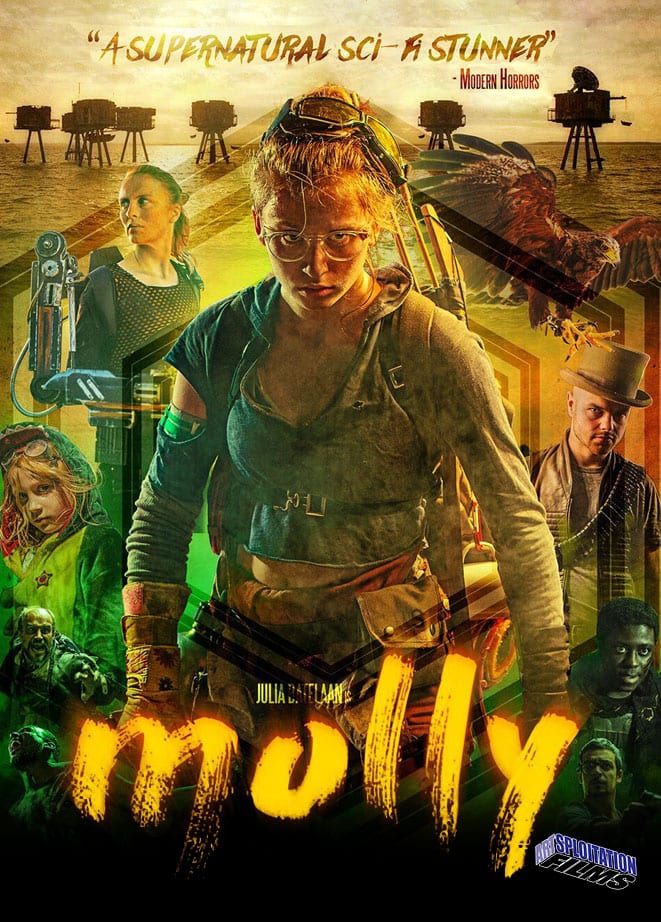 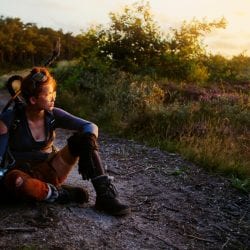 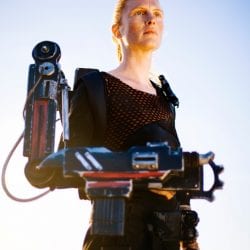 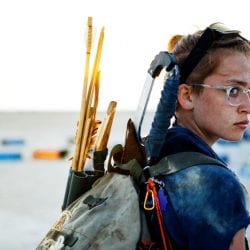 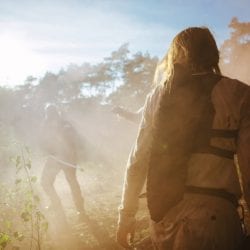 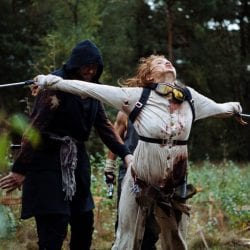 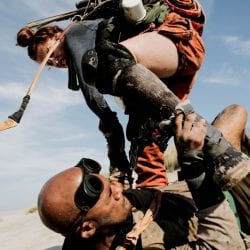 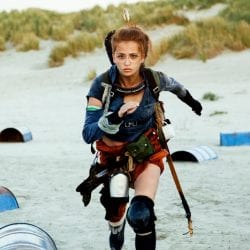 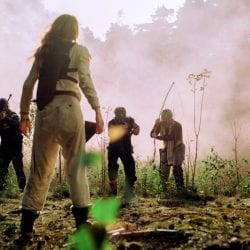 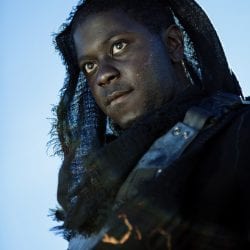 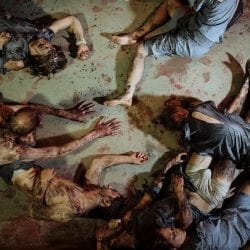 Share on Facebook
Share on Twitter
Mad Max meets Turbo Kid in this electrifying and imaginative tale of one young woman’s determined struggle to survive in an inhospitable world. In a barren landscape ravished by war, Molly, a super-powered young woman, roams the violent post-apocalyptic landscape, armed only with a bow and arrow, to confront the dangers around her. When a sadistic ringmaster who run an underground fight club hears of her supernatural abilities he sends his sociopathic marauders to capture her and make her a star attraction in his cage fights to the death.
Reviews

“Colinda Bongers and Thijs Meuwese have managed to create a fun post-apocalyptic caper, and even more impressively: they manage to surprise….From the opening moments onward, directors Colinda Bongers and Thijs Meuwese pile on the brutality. What exposition there is is nasty, and the main reason we start to like Molly is that she’s the only one who acts normal; everyone she meets is either a deranged zombie or a sociopathic asshole. Like with Turbo Kid two years ago, ingenuity is the name of the game here. It helps that Julia Batelaan makes for an engaging and charismatic lead. De-glamorized on purpose (the glasses help), she looks nothing like a superhero, and that makes it all the more special when you see her stumble, push, shoot, stab and stomp through scores of villains. ” — Screen Anarchy

“When you get to the final thirty minutes you’ll see why as this flick goes into one shot, off-the-rails, ass smashing, batshit crazy mode that will leave you breathless! If you dig Mad Max and comic books in equal measure, as well as seeing an ass kicked thoroughly, then slap your putrid peepers on Molly post-haste; it’s over-the-top, action packed, and surprisingly filled with a great deal of heart among the bonce shattering violence!” – HorrorFuel

“If you are into Tank Girl, Mad Max and Waterworld then this is definitely a film for you.”  – Nevermore Horror

“A stunning achievement…It’s a quirky and worthy addition to the end-of-the-world genre!  – Voicesfromthebalcony

“Entertaining from beginning to end!” – RottingZombie

“Electrifying and imaginative…beautiful…everyone in the film did a good job but the highlight here was Julia Batelaan who made her feature film debut as Molly. She not only gave a great performance acting wise but she was also fantastic in all the fight scenes.” – VideoViews

“The last half hour of this film is so exhausting. It all comes at you so fucking fast, that you cannot seem to slow it down. I mean you have a woman with a bionic arm in the film. They throw everything at you, what is not to like about this stew of ideas.” – Wicked Channel

“Molly is a great action pick with well choreographed action sequences, imaginative set and costume design and an opening for an even more intriguing sequel.” – HorrorHotHousen

In 2011 an under the radar film with a self-explanatory name, Hobo with a Shotgun brought Grindhouse cinema back for cult genre fans everywhere. In 2015 New Zealand raised the bar with a true Grindhouse budget putting a Turbo Kid on a bike. In 2017 Netherlands did it again and it’s finally made its way to America. From the prophetic mind of Thijs Meuwese with co-director Colinda Bongers, comes an English language feature in a true tale of Turbo Kid and Hobo with a Shotgun. Molly adds her name to the list of modern day Grindhouse features set in a desolate world with an unlikely hero. Julia Batelaan is tiny and beautiful and badass in her lead role as Molly. Action scenes are Hollywood unrefined and they’re better for it. It’s a big statement to say but Molly has some of the most enjoyable fight sequences I’ve seen since Nada and Frank battled in an alleyway over a pair of sunglasses. Molly has arrived from the Netherlands wasteland in a roar of sci-fi action, with supernatural powers. She’s just waiting to find her cult audience of Grindhouse features before her. – WithoutYouHead

“Wow,what a hell of a movie!! This was so damned good…..”Molly” is amazing. The settings are all extremely realistic looking,the landscape does looked ravaged by war but without the usual boring empty desert look we have been forced fed. Batelaan is a revelation as the title character of Molly.” – TheInnerCircle

“Molly is one of my very favorite discoveries of 2018. Molly offers a unique voice; it gives authority and power to women in front of the camera and behind, giving it a freshness sorely needed in action cinema. The action is dynamic, the lead is fleshed out and fascinating, and it puts a whole new filmmaking team (from The Netherlands of all places) on the map as up and comers in the genre film world. Molly will undoubtedly land among my top 10 action films of 2018 and I’ll be encouraging the curious to seek this film out for years to come.  I recommend tracking down Molly as soon as humanly possible.” – Cinapse

“A relentlessly energetic Dutch sci-fi fantasy, with a mix of impressive physicality and pure gumption. If “Mad Max: Fury Road” made you wish for more tough female heroines, “Molly” should be your cup of adrenaline.” – LA Beat

“Molly is a brutal film in terms of depicting the wasteland that is the near-future along with the violence that goes along with it.  Molly was a great surprise from the Netherlands. The film hints at a potential franchise, so we’ll what happens. I hope it continues on.” –WhySoBlu

A girl with a special power living alone in a post-apocalyptic wasteland finds herself hunted down by marauders who want her for their fight pit entertainment while taking care of a child she meets a long the way.

“The last two minutes of the movie will add a final twist and leave it open for a sequel – at least, I am hoping so!” FarSightedBlog

“There’s certainly a bit of a hipster vibe in the way the characters dress but the tone of the film is deadly serious and not at all ironic. The film is brisk, short, and to the point with plenty of action throughout to keep things interesting. The fights themselves are sometimes sloppy from a film making standpoint and sometimes remarkable such as a fight scene in a river that I loved. It’s clear this is a debut feature for the directors of the film as there were elements that didn’t quite gel or action sequences that didn’t work. But there is a ton of enthusiasm on display and the film gets bonus points for that. I liked the film though I didn’t love it. I would however look forward to seeing what the directing duo do next if either the budget was increased or the vision was better suited to the budget. It’s hard to make a post apocalyptic movie on a shoestring and have it work convincingly, just ask Cirio Santiago. – Toxic Graveyard