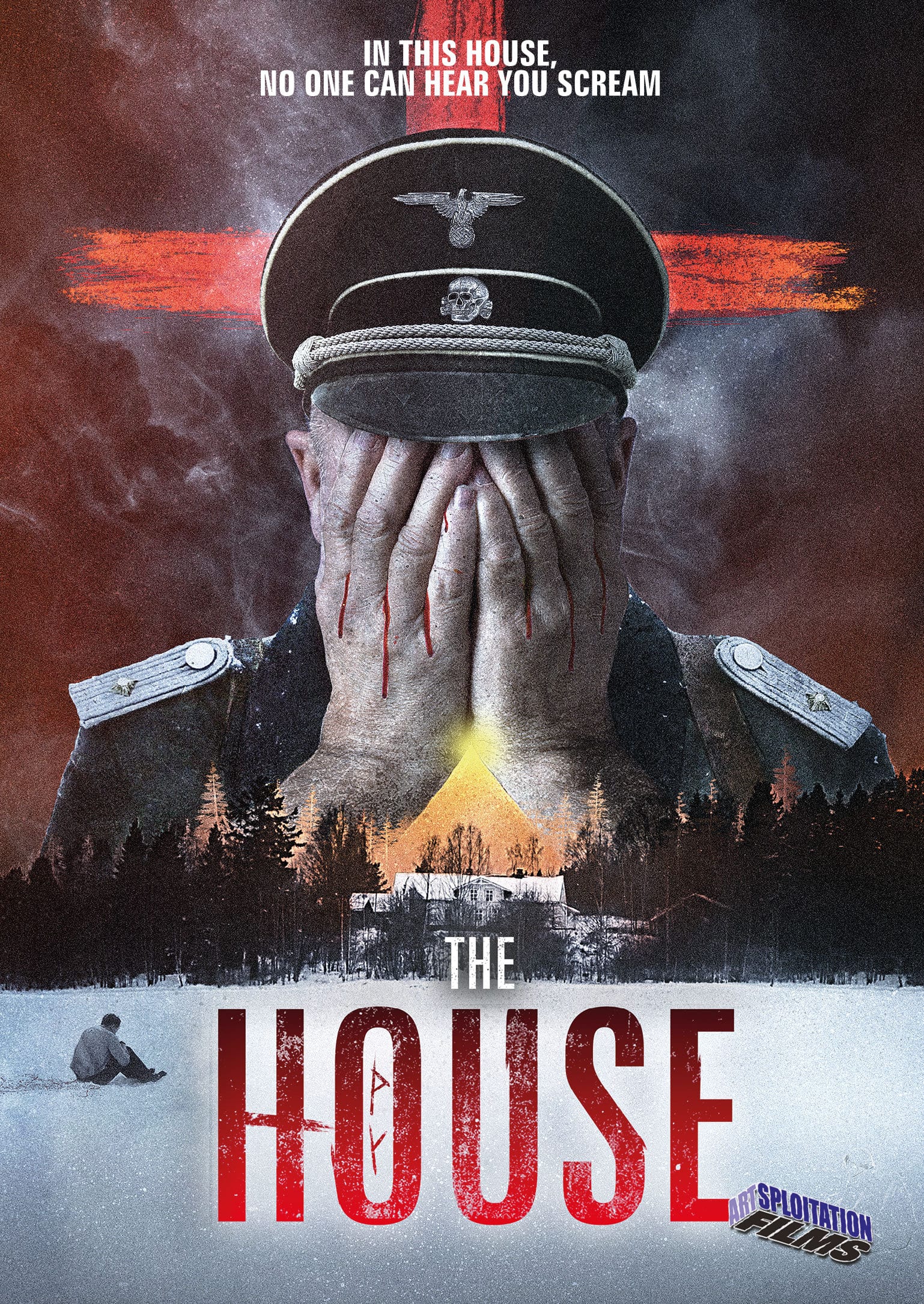 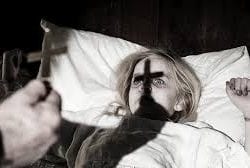 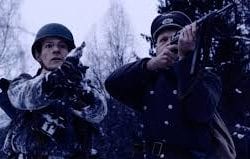 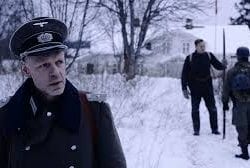 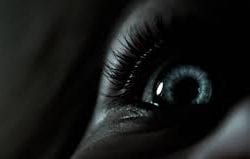 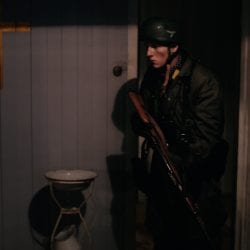 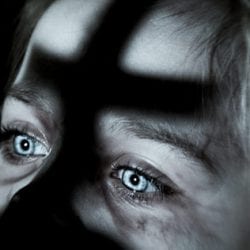 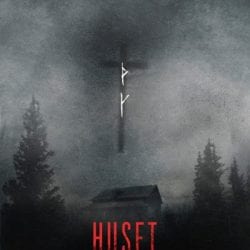 Share on Facebook
Share on Twitter
Arthouse meets Horror meets Nazis in this creepy Norwegian ghost tale. Set in the Second World War, two German soldiers are escorting a Norwegian soldier and prisoner of war but the Scandinavian winter takes quite a toll on them. Nearly frozen, Nazi officer Kreiner and German soldier Fleiss discover an empty house near the forest where they finally can get some rest. However, what seems to be a warm and welcoming shelter turns much more sinister and deadly. They begin to wonder if they have somehow have stepped into a sort of psychological Hell from which there may be no escape.
Reviews

“An interesting ‘Nazi Haunted House’ film from Norway that utilizes its low budget for some interesting twists and thrills…has an interesting visual style that sets the film somewhere in the midst of Nazi Horror and Arthouse movie, making it the perfect title for the Artsploitation films label.” – Nicholas Sheffo, FulvueDrive-in

“Fantastic and dreadful atmosphere..this is a horror film that does Norway justice.” – Modern Horrors

“There’s more to like about this movie than just a well executed story. The characters are fleshed out pretty well, and the performances are really solid. The cinematography is great; the interior scenes are well lit and the outdoor scenes beautifully drive home the cold bleakness of not only the area but the situation. The tense and brooding atmosphere of the film is built organically; you can really feel the dread in The House. Along with being well shot, the few special effects used in this film are really well done.” – Yeti, TennesseeHorror

“The House is a great exercise in atmospheric filmmaking: thanks to a great location, great camerawork and a well-paced narrative approach (coupled with solid performances of course), this is a movie that still has its audience at the edge of their seats and glued to the screen, and it’s also something sure to remain with one for a few days after watching, and chillingly so.” – SearchMyTrash

“A slow-burn supernatural haunter with an arthouse aesthetic whose emphasis is on aura instead of action. Reinert Kiil crafts a compelling, simple concept from a chilly, wintry setting with intriguing period tones.  Connecting with its creepiness just requires a deep appreciation of tiptoeing down haunted hallways, constant creaking, the persistent metronome of a pendulum clock, etc. The House has it where it counts for atmospheric fear factor. ” CultureCrypt

“The House is shot well, sounds great, and features more than adequate performances from its leads. There’s a welcome dash of comedy littered throughout as well, and much of it actually works hand-in-hand with the liberal use of jump scares, making for some great juxtaposition. One second you’re shrieked out of your skin and the next, you’re laughing uncomfortably. Reinert Kiil delivers a patient, moody, atmosphere-driven psychological thriller—with flashes of pulse-pounding.Ultimately I can see this being a case where repeat viewings play out better than the first, and thanks to its atmospheric strengths and technical competency, an eye-pleasingly creepy film to run through—over and over again.” Jeremiah, 13thFloor

“The cinematography in this film is in my opinion, the best thing about it. House captures a dark essence that is prominent throughout which fit the film well The story was surprising in some ways which kept me interested and invested in everything that was going on. Even though I do like the set up in the first half of the film, the second half of the film is the strongest and delivers on some effective and creepy moments. As far as the acting goes I think most of the cast did a solid job and The House is the best work that I have seen so far from Reinert Kiil.” Sarah, 13thFloor
“[Reinert] Kiil typically trends with shock horror, but with The House, there is an expansion upon his range as a filmmaker while remaining in a field he’s finds most endearing, pulling inspiration from his childhood memory vault of B-movie horror schlock and nostalgia grandeur, and dapples with replacing his guts and gory showmanship with slowly developing and instilling fear, especially with fear of the unknown and fear of change…The House is non-exuberant horror diverging toward exploring the filmmaker’s unlimited possibilities and with its diabolical descent into invigorating terror, Norway cinema has an abundance of sheer promise for the future of horror.” – Steven Lewis, Its Bloggin’ Evil!

“With Christmas Blood, Kiil got to the goods pretty early on; where-as The House takes a while to get to the suspense and horror. Although the supernatural elements and bone chilling horror take center stage later on, I can see some people passing on this title because of the wait with build-up. That’s why I’d mostly recommend The House to film buffs who can appreciate the art of another time period and horror fans who can sit back and wait for their gratification.” – HorrorSociety

“Overall, this one has plenty to like about it. Definitely recommended to those who prefer this type of slow-burn supernatural-tinged genre effort or have an interest in the subject matter, while those somewhat put off by the style of effort here should seek mild caution.” – DonsHorrorWorld

“Writer/Director Reinert Kiil (The Whore 2009, Christmas Blood 2017) knows a thing or three on how to make a haunted-house movie work, and accomplishes this with his latest release The House (aka Huset). Kiil turns the tables on the haunted-house theme, trading mediocre and typical for a genuinely spooky, overly involving Horror movie based around the dastardly events of WWII. The greatest strength of The House is how much mood, spook, and atmosphere Kiil brings to the forefront….Three characters, and one house: Despite what horrific nature occurs within the film—the small cast, and simple surrounding make for an intimate viewing. The dialogue is quite good, filled not with a single ounce of cliché. The cinematography is a highlight, too… Actor Mats Reinhardt (Die Rosenheim-Cops series, Der Reichstag 2017) gives his character, Nazi-colonel Jurgen Kreiner, the straight-faced, yet calm, and all-together treatment, which just adds so much depth to the story. ..A truly great actor, Reinhardt’s portrayal in The House will not be forgotten…The House is a fantastic character-driven Supernatural/Horror film. Reinert Kiil has proven himself a great writer and director, and had an amazing bunch of actors make his House come to life. That is why Cryptic Rock give The House 4.5 out of 5 stars, and strongly suggests heeding to “rule #3.” If more proof is needed as to why—then you would have to see The House to understand.” —  CrypticRock

“This is more of a paranormal horror that mixes elements of demonic possession, as well as more ghostly goings on…Nothing in this movie is explained and I think that works in its favour. I have my thoughts on what this was about. The House is a slow burn of a film that at times feels more like a character piece drama than a traditional horror…Doors slamming, objects moving of their own record, sighted apparitions, these are about as eventful as The House gets, yet they are persistent giving the house a feeling of dull horror to the people who find themselves trapped there. Much like Christmas Blood the level of directing here is strong, the quality of the camera is also strong here…Dark, moody and atmospheric, yet never really gets going enough to be truly scary. ” — TheRottingZombie

“With the sort of economy necessary in the low-budget arena, and something of the feel of those Roger Corman-Monte Hellman ski pictures…It’s sparse and austere, well-acted within its register of fear and suppressed hysteria, and admirably still annoyed about World War II, with one character calling down the wrath of the beyond by burning that Norwegian flag (which gets better) and a few strikingly well-scripted thoughts on fascism.” — Kim Newman

“If ever protagonists deserved to be tortured by a haunted house, it is the pair of Nazis at the center of this snowy Norwegian scarefest set in the midst of World War II. Two German soldiers….discover a seemingly deserted abode in the middle of the Scandinavian forest. Of course, the house isn’t empty but filled with all kinds of hellish torments.” – Amy Longsdorf, USA Today Network

“The House (Huset) is a really solid Norwegian horror film set in Norway during World War 2…The acting is superb from all three leads [and] the superb cinematography by John-Erling H. Fredrikson and the production design by the director Reinhert Kiil compliment each other perfectly, flawlessly evoking the era the film is set. The framing of shots brilliantly utilises the widescreen, with great use of camera movement, and the editing by Iris Jenssen Nylaendet and Silje Rekk heightening the atmosphere. The drained coloured look of the film works beautifully. Horror fans who are after a creepy and atmospheric horror film with some heart and depth will find The House well worth checking out.” – TheBloodyAsylum

“The film was made for around €60,000 ($67k US) but has a large big budget feel. The House has just the right amount of shading to give it a fantastic ominous atmosphere…this film definitely has the ability to creep you out. If you’re a fan of soldiers in the snow with lots of creepy visuals and a good story then I highly recommend it. If you’re looking for Nazi gore melting in the soft white landscape then this is not that type of movie.” – MotherOfMovies

Reinert Kiil was born in Hammerfest, Norway. After a stint in the air force, Reinert got his first job in film as a production assistant on Nils Gaups Kautokeino Rebellion.  Since that time, he has worked on over 300 TV series, features, commercials and stand up shows as a production assistant, 1 AD, propmaster, cinematographer, director, producer, art director, animal trainee, Grip, best boy, production Coordinator and Make-up. Focusing on horror, 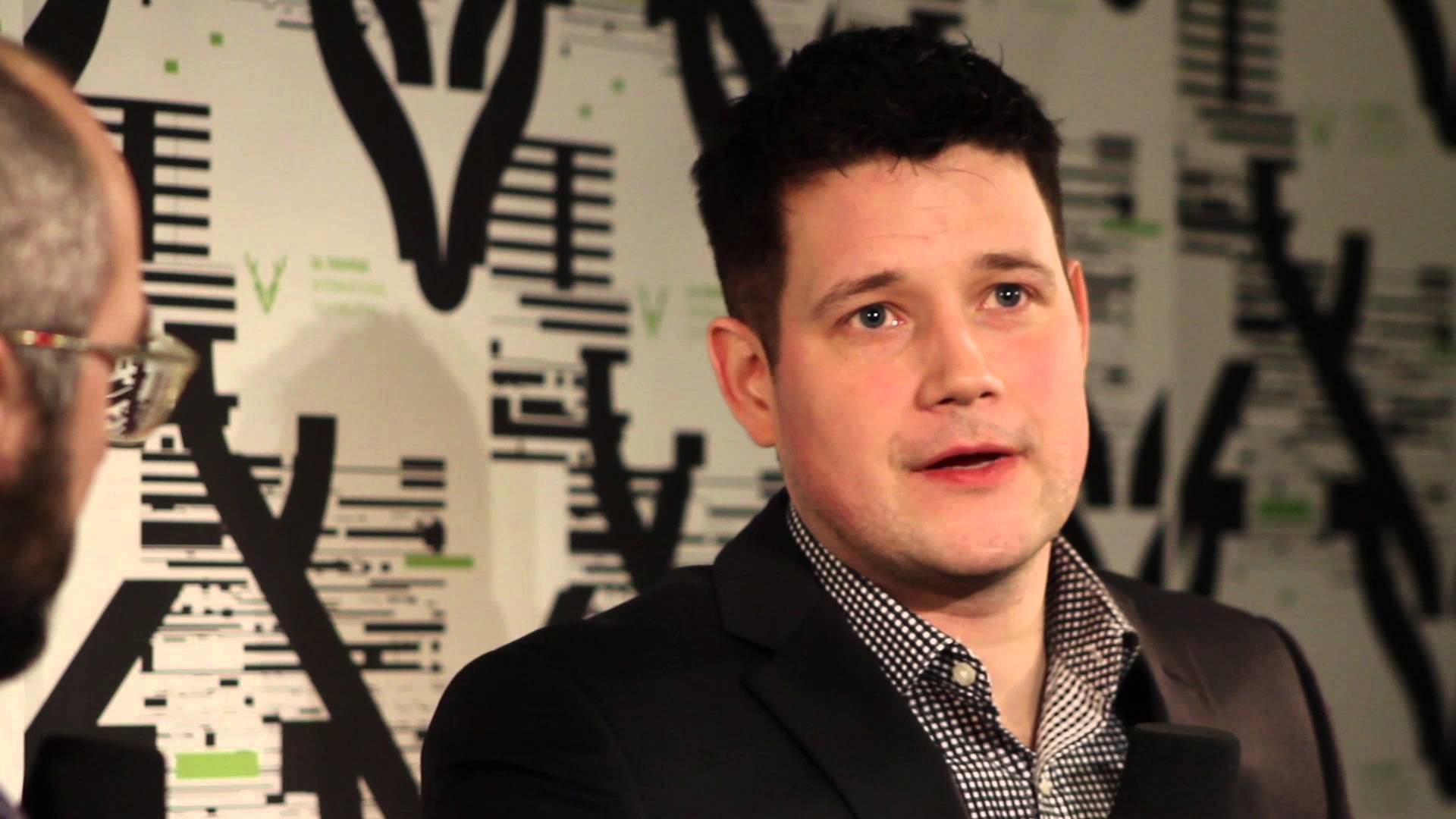