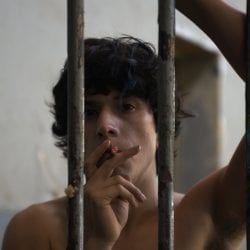 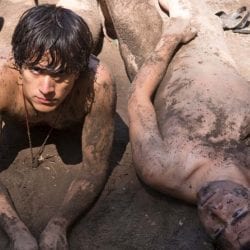 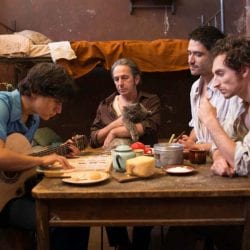 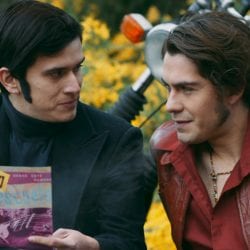 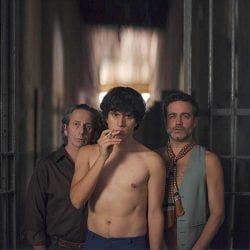 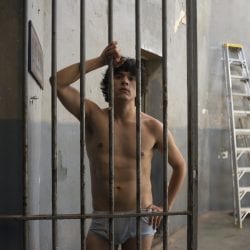 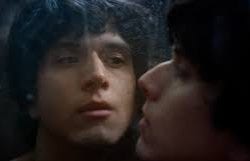 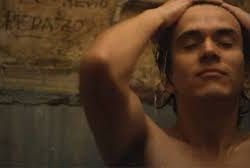 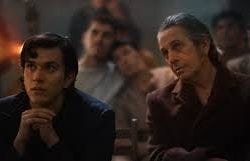 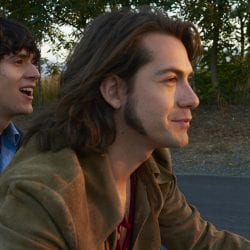 The Prince is an explosive prison drama set in a repressive 1970s Chilean prison. During a night of heavy drinking, Jaime, a hot-tempered narcissist, suddenly stabs his best friend. He is sent to jail for murder and there, alone and afraid, he comes under the protection of a tough older inmate known as “The Stallion.” The unlikely pair begin a clandestine romance but violent power struggles inside the penitentiary threaten their bond. This searing story of survival at all costs, takes its inspiration from Jean Genet’s Un Chant d’amour and Fassbinder’s Querelle in its affecting exploration of masculine aggression, conflicting loyalties and pent-up sexual desires.
Reviews

“This Chilean drama finds warmth and romance in the darkest of places…the prison sequences are stark and straightforward in crafting terror even when nothing terrifying is occurring — the place itself, its cramped quarters, the apathy and rage all combine for an atmosphere of uncertainty. But in that nightmare rests humanity at its worst and best.” Film School Rejects

“Set in a Chilean prison during the reign of Salvador Allende, has a gritty, retro feel. There are flashbacks, shower sex scenes, acts of prison guard brutality, and enough homoeroticism to please even Jean Genet.” –  South Florida Gay News

“This stylish and hot-blooded Chilean drama is certainly explicit, but it also offers an engagingly sober look at prison life…a hellishly beautiful portrait of a troubled man forged in the fires of an even more troubled society.” – Josh Winning, Radio Times

“A Must See! A lurid 1970s vibe gives this prison drama…the tone of a trashy pulp thriller with graphic settings and characters. It’s strikingly designed and shot with strongly homoerotic overtones, unapologetic about sex, violence or nudity… It’s a remarkably earthy film, so visceral that it already feels like a timeless classic.” – Rich Cline, Shadows on the Wall

“The Prince is raw, bold, brave, intense and explosive…Grainy looking to give it a completely dark and old look and feel about it, and with very good acting to match – Director Sebastián Muñoz has made a memorable hard-hitting prison drama that is very good and sexy. Hell, even the poster is hot!” – The Gay UK

“One of  most homoerotic prison movies I have seen and shows the influences of Midnight Express, Fassbinder, Genet and other queer movies of the prison genre…I found “The Prince” to be more than a film— it is a totally immersive experience with a powerful plot and fine performances. Amos Lassen

“This intense homoerotic drama stands out for superb acting and exceptional cinematographic work…The sexual candor of this film would be difficult to find in a comparable American treatment of such a story…the film’s production values and a strong acting cast make it worthwhile for audiences.” – Les Roka, The Utah Review

“Performance wise the cast are all very good in their respective roles, especially Juan Carlos Maldonado in the role of Jaime aka ‘The Prince’…From a production standpoint, the premise is well-executed and the narrative does a good job alternating between the present and moments from The Prince’s past. Though sex plays a role in the story at hand. The way which sex is depicted is never gratuitous and always serves the story. Overall The Prince (El Príncipe) is a grueling trek that serves up an unflinching portrayal of life inside prison.” – Michael Den Boer, 10kBullets

“Muñoz along with co-writer Luis Barrales pull no punches depicting the sexual activities in the showers or “against the wall”, but always with realistic taste. Ángela Acuña’s cello-rich original score reinforces the dark action to a T. ” – JWR

“There is a good deal of gay sex, but don’t expect flowers and rainbows. It’s brutal and joyless, all about release and power.” – Cinema 365

“Taking inspiration from the likes of Midnight Express, the film is an unflinching and at times unsettling look into life in a Chilean prison...a solid watch with strong performances and a couple of decent plot twists to keep you hooked.” – Entertainment Focus

“Juan Carlos Maldonado commands the screen with brooding intensity as the dangerously impulsive title character in Sebastián Muñoz’s gritty, ’70s-set debut feature The camera doesn’t turn away from the ugliness of violence, nor from the homoerotic pull of copious male nudity.” – André Hereford, MetroWeekly
“[The Prince] manages to tell an actually very gentle love story on the roughest of terrains a prison, and it really succeeds…a good balance between the gentleness and roughness of its story without ever leaning too much to one side or the other, and a strong ensemble really help making this a very compelling and unique movie that definitely deserves a watch.” Mike Haberfelner, Search My Trash

“A very confronting film…depictions of sexual abuse and rape which were difficult to watch. The guards are brutal, the danger that lurks in every location, the deprivation of any kind of liberty, and the loss of humanity. ” – TLDR Movie Reviews

“One of  most homoerotic prison movies we have seen for some time...it is an immensely powerful  and engrossing coming-of-age, the like of which we’ve never seen before.”  – Queer Guru

“With a lush cinematography, dreamlike music score and sexually explicit scenes that will remind you of the movies of Fassbinder and Derek Jarman, The Prince is immersed into an otherworldly atmosphere that manages to be equally sexy and sordid.” Art House Street

“A dark, raw film that takes us directly into the harsh life behind bars…beneath this primal surface there exists a tale of loyalty love and compassion that blooms even in the most horrific of circumstance.” – Dwight Casimere. The Chicago Times Weekly

“The Prince is brutal, raw and cold, yet also beautiful, sincere and honest.” – WireMag

“A pretty boy is thrown into a dark and dank prison in 1970 Chile in The Prince (El principe). For most people, this would be a horror scenario, but this feature is such a work of homoerotic fantasy, pilfering liberally from sources ranging from Un Chant d’amour to Querelle and the opera omnia of Jean-Daniel Cadinot, that the protagonist doesn’t mind being locked away with a bunch of handsy, well-endowed inmates for even one hot minute.” The Hollywood Reporter

“A story of survival revolving around a young man condemned to remain in this hellhole of a prison.” – Cineuropa

“Just wait until you see all the sweat, pubes, and grime on display here: Muñoz treats men’s bodies the same as most studios treat women’s, and that’s the point…The guards are brutal and the hyper-masculinity only reaches a ceasefire in inmates’ passionate expressions of their sexuality…it’s wonderful how Muñoz plays with masculinity.” – TheSpool

“As in the work of Jean Genet, The Prince offers a gritty but phantasmatic world of social deviance and sexual liberation, where the close proximity of barely clothed or naked male bodies sparks an irrepressible eroticism that can only be answered through intercourse or violence. Muñoz, a first-time director, does an elegant job of balancing the lurid and the tender.” – CineFile

Sebastián Muñoz holds a degree from the Arcis University Film School. He has participated as an art director in the most notable films of today’s new Chilean cinema, such as Play, Turistas and Il Futuro, by Alicia Scherson, Ilusiones ópticas, by Cristián Jiménez, Los debutantes, 199 recetas para ser feliz and Un caballo llamado Elefante, by Andrés Waissbluth, as well as Chile puede, by Ricardo Larraín, among others. In 1996 he shot his first short film, La felicidad, and in 1997, La buena suerte. El príncipe is his first film, based on a novel by Mario Cruz, set in a prison in 1970. 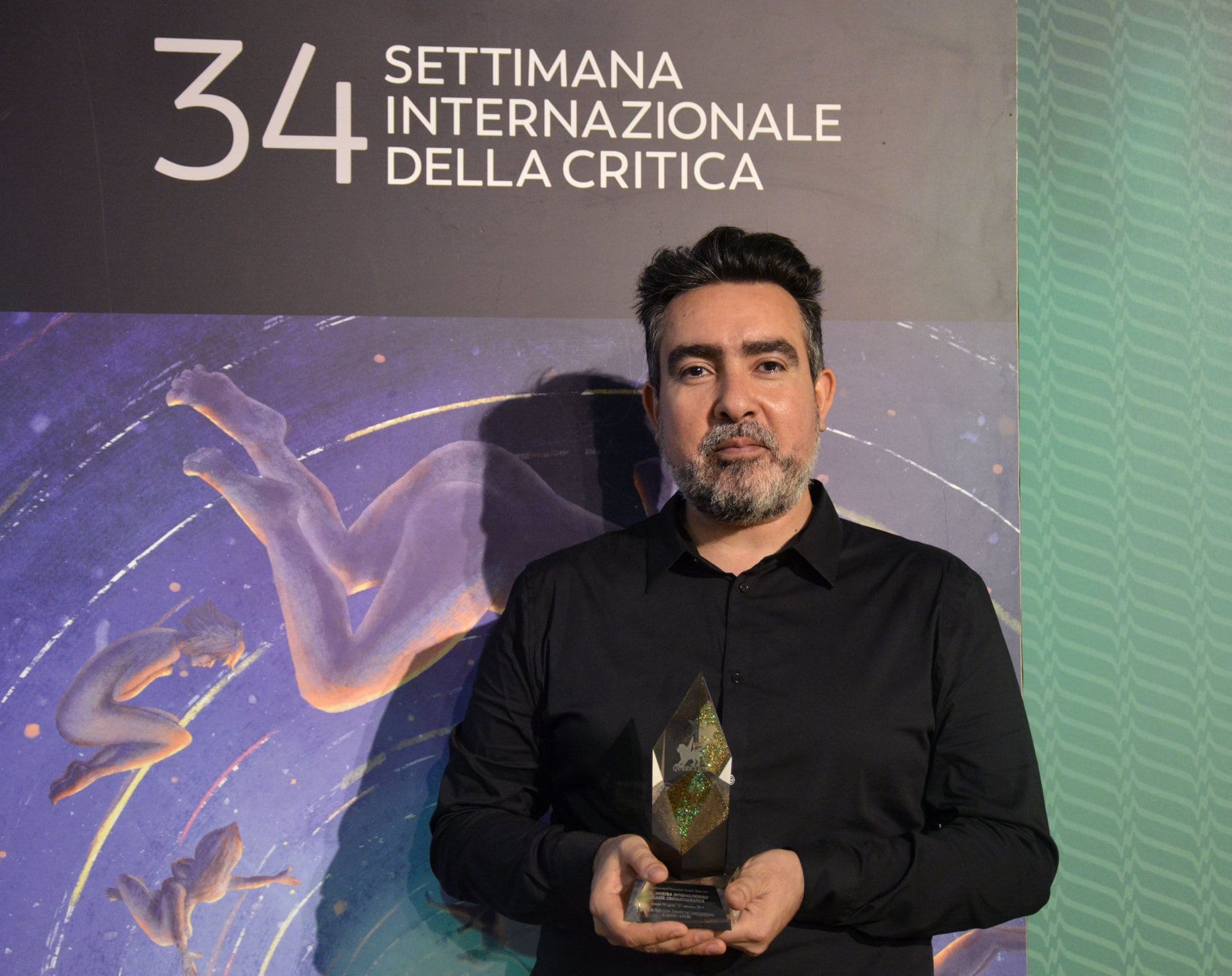