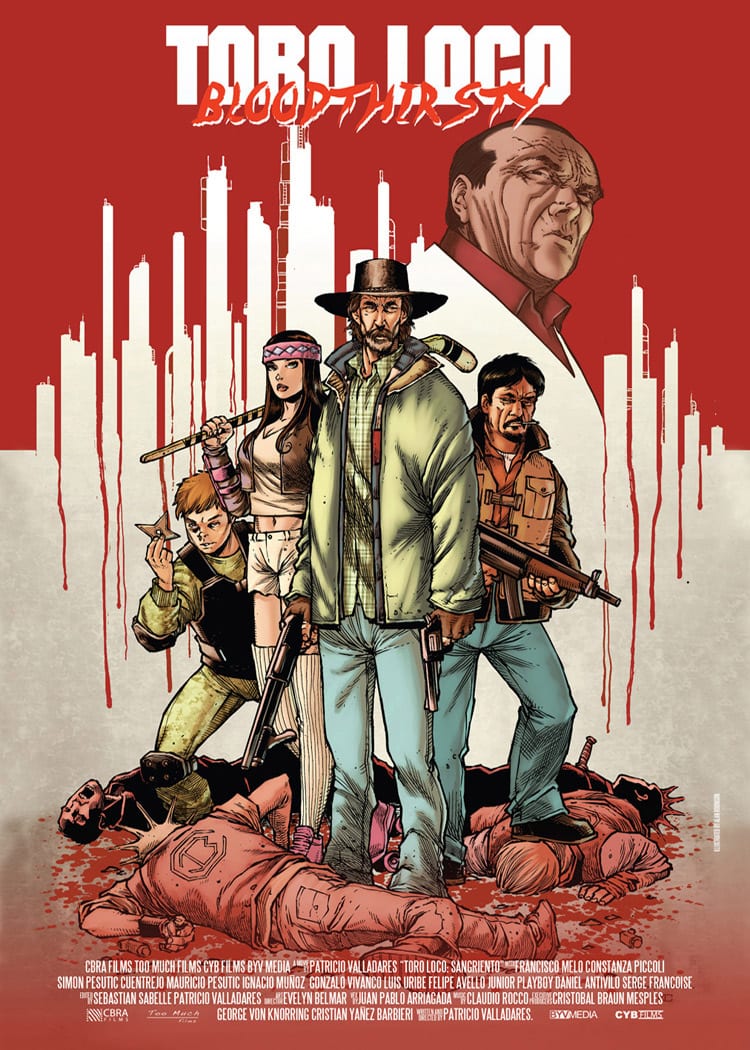 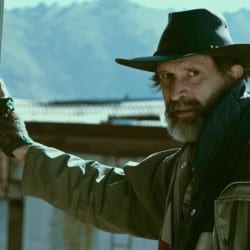 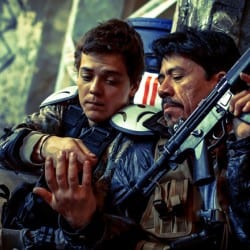 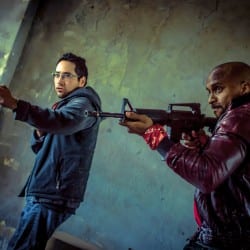 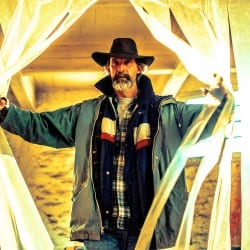 Share on Facebook
Share on Twitter
A Fistful of Dollars meets Death Wish by way of Blazing Saddles in this wild action/comedy from Chilean genre specialist Patricio Valladares (Hidden in the Woods). Delivering equal parts humor and blood, the story follows a grizzled stranger who arrives in a small town trapped in the grasp of a ruthless drug-peddling crime boss and his paraplegic, slobbering trigger-happy son. The man, known as Toro Loco, is in search for the killers of his son yet never too busy to permanently take care of marauding punks and thugs who get in his way. With the support of a young beauty, her geeky brother and a trigger-happy drag queen he sets out to clean up the town and avenge the murder of his son. A fast-paced tale filled with memorable characters, imaginatively directed action scenes set and a deft comedic touch.
About the Director

Patricio Valladares (Chilean, born 17 July 1982) is a Chilean director, screenwriter, editor and producer. Known for his work in genre cinema, Valladares has directed numerous features throughout the years. In 2011, he directed the Hidden in the Woods (En las Afueras de la Ciudad). Based a true story, the film made its world appearance at the Fantasia Film Festival before touring the globe with appearances at London’s Film 4 FrightFest and Belgium’s Razor Reel among others. The film caught the attention of actor Michael Biehn who would later star and produce the English language remake. WTFilms is handling worldwide sales, with the pic set for a release in 2016 in numerous territories.

In 2015 he shot three features in English, all of which are currently in post-production. These are: Downhill (shot in Chile), an experimental horror/thriller. WT Films serves as worldwide sales agent; The Ghosts of Garip, part horror, part found footage shot in location in Istanbul, Turkey with Moonrise Pictures as the sales agent; and Fade in Bulgaria featuring Nightmare with On Elm Street star Robert Englund. These three features were produced by Loris Curci and written by Barry Keating. 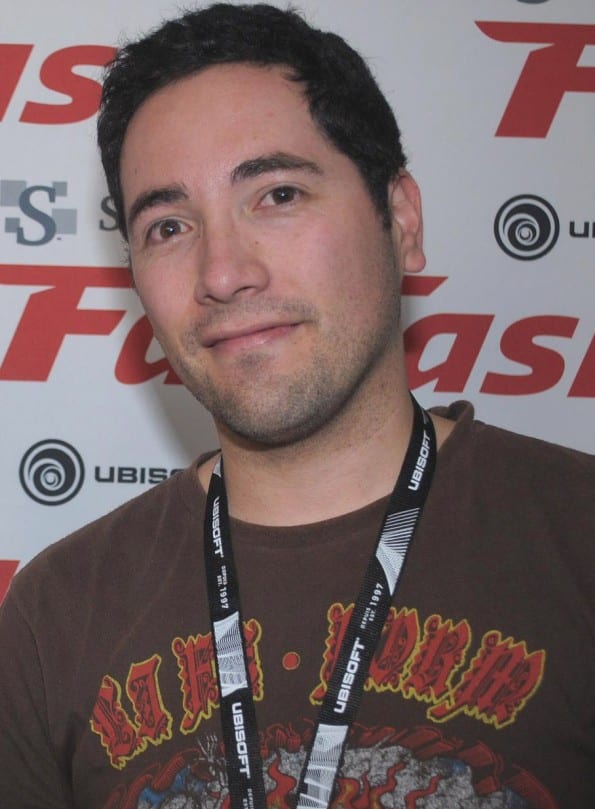