We love Mr. Skin – here is a great website that watches a ton of films and reviews them in context of its nudity and sex factor . We applaud his steadfast dedication, it must be hard. And now with our very upsetting film Trauma and our sexorcism film, Luciferina, Mr. Skin focuses not on the horror but on the skintastic images in the films. 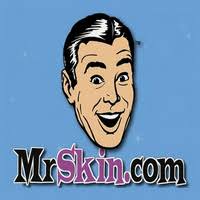 “The Trauma (2018) is a horror film about four friends who go on a rural vacation in Chile where they are attacked by a deranged man and his equally twisted son. They team up with two police officers to take these attackers down, but they learn that the terror is way worse than they previously thought. Macarena Carrere and Ximena del Solar play super sexy lovers who get naked with each other and have a deliciously skintastic sex scene. We see full frontal from both foxy ladies! There’s also nothing traumatic about Dominga Bofill whose boobs fill us with material for our spank bank. She also makes out with Macarena Carrere, giving new meaning to doing the Macarena. We’d love to do all three of these girls! ” – Mr. Skin

“Luciferina (2018) follows a nineteen-year-old woman named Natalia played by Sofia Del Tuffo who visits her ailing father back home. While she is there she is inspired to seek out a mystical plant in the jungle where she uncovers another world filled with evil and with Lucifer. She’s a bad girl all on her own, however, which we see when she touches herself in the shower for a super skintillating scene that showcases her funbags. Stefania Koessl also shows off her rack…but she’s also dead in a stairwell. In the world of the living, Sofia spends a lot of time in the movie either in her panties or changing clothes which shows us side views of her perky boobs and buns. At one point she takes off her clothes but covers her boobs and bush with her hands before walking around outside. Darn! We wanted to see her sexy and Satanic crotch. Sofia is later having sex with a demon on an altar and we come so close to seeing her bush, but alas Satan has other plans. That darn Satan is always ruining our skinful hopes and dreams!” – Mr. Skin

And Mr. Skin is an equal opportunity voyeur – here is his thoughts on the men in the films:

“Mysterious men sure are sexy, right? Look no further than Daniel Antivilo and Felipe Rios who share a sensual kiss in a close-up. There’s nothing traumatic about shirtless Daniel getting kissed by a hunky Felipe.”

“Pedro Merlo is our sexy Lucifer who has sex with Natalia, showing his shirtless bod filled with ripped muscles. Yes, he’s a demon and has scary eyes and teeth, but his bod is all human!”